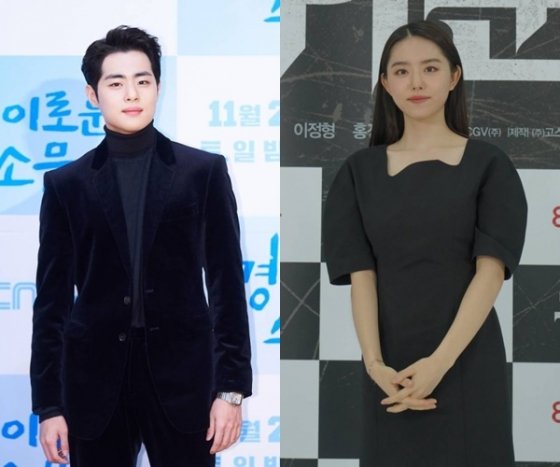 Actors Cho Byeong-kyu and Kim Sohye, a former member of the group I.O.I., received apologies regarding allegations of school violence. This seems to end the controversy over the two's school violence issue.

Cho Byeong-kyu's agency HB Entertainment said in an official statement on the 27th, "We have taken legal action against the writer of the posts that sparked groundless abuse of Cho Byeong-kyu, and the suspect recently sent an official apology online admitting that what he/she posted was false during the police investigation".

Kim Sohye's agency, S&P Entertainment, also said on its official website on the 26th, "The rumor spreader stated that he/she posted the rumor out of curiosity without confirming the facts, and submitted a letter of apology, appealing for leniency when the police investigation found it false".

The two actors were embroiled in suspicions of being the perpetrators of school violence through online communities in February. Cho Byeong-kyu had previously silenced the controversy over the alleged school violence raised by a netizen who claimed to be an elementary and middle school alumni, calling them 'false rumors'. Since then, netizens who claim to have attended the same school while studying in New Zealand have renewed suspicions of school violence. The rumor spreader even told a specific story, saying he/she was affected by verbal violence.

However, HB Entertainment immediately refuted and said, "We have officially requested a police investigation". Despite the agency's active explanation, public opinion has given a bad image to Cho Byeong-kyu as various school violence claims appeared. In the end, the actor stopped working on KBS 2TV's entertainment program "Come Back Home" in which was originally scheduled to appear.

Suspicion of school violence against Cho Byeong-kyu has also sparked another controversy, saying, "There has been intervention from the agency". However, the agency said the accuser admitted that the rumors are false, apparently solving other suspicions.

Kim Sohye was also embroiled in allegations of abuse in the same month, but according to her agency, it was revealed that the person who accused her of violence was actually the perpetrator. "The suspect, who claimed to have been bullied directly, was one of the perpetrators of the school violence, where Kim Sohye was a victim when she was in middle school. The suspect admitted his/her fault during the investigation, saying he/she wrote malicious rumors because of jealousy and submitted a written apology".

Regarding the suspicion that a school violence committee was held relating to Kim Sohye's actions, the agency also explained, "When she was in the first grade of middle school, a school violence committee was held because of a misunderstanding with other school students, but at that time, she apologized and resolved the misunderstanding through discussion".

As such, both of them are known to have been apologized to by the rumor spreaders. Attention is focusing on how the case will end in the future.

Meanwhile, Cho Byeong-kyu recently renewed his contract with HB Entertainment and is considering appearing in the new drama "History of Nerds".

Kim Sohye is set to release the movie "GUIMOON: The Lightless Door" in August.