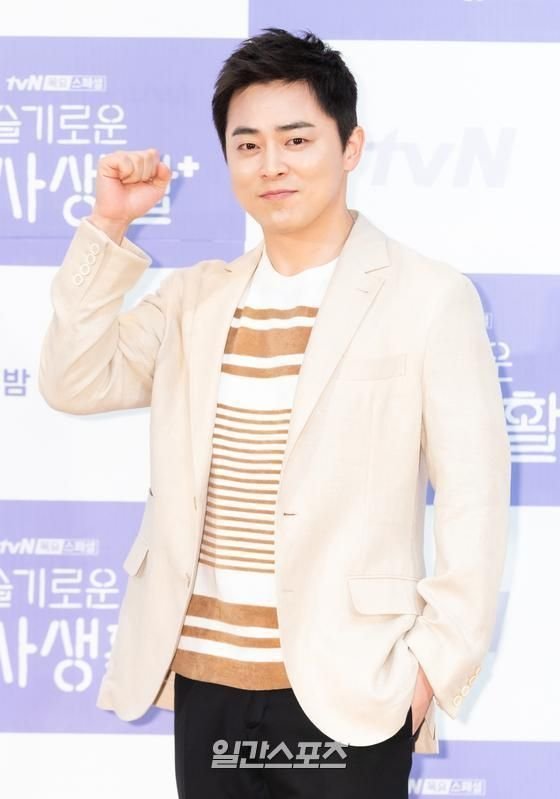 Actor Cho Jung-seok hit consecutive home runs on the screen and on the music charts. The response is perfect, conveying, "As long as you don't do it yourself, you won't be able to do anything". As if he had received the blessings of the box office God, anything he touches hits the jackpot. He also earned the full rewards of running nonstop.

Starting with SBS's "The Nokdu Flower", in which he was recognized for his work in the first half of last year, the movie "Exit - Movie" (directed by Lee Sang-geun), which took over the summer screen with 9.4 million people, and tvN's "Hospital Playlist", which recently ended successfully, Cho Jung-seok showed his presence as the best man and the best actor.

Most of all, the genre and characters of each work were diverse, making him a go-to in casting for historical and comic dramas alike, so the public was able to meet Cho Jung-seok's colorful face more than ever before.

In particular, his reign as a musical actor led to a surprise music gift. By recreating Cool's "Aloha" in the Cho Jung-seok style, he not only created a great scene in "Hospital Playlist", but also additionally topped the list of songs released.

Cho Jung-seok's ability brought on his success, but this has earned him trust as a good actor. Natural success and failure are not guaranteed to anyone. Following "Exit - Movie", which he had picked out from the planning stage, "Hospital Playlist" was also a work that he was determined to star in unconditionally. Attention is drawn to Jo's next move.

Cho Jung-seok is a representative actor who is loved for his plain honesty and visible passion. On the field, he began to get full-fledged attention after "Architecture 101" and for the next eight years, he didn't lose his original color. He has grown steadily and has completed 'Cho Jung-seok's own genre' through his accumulated filmography.

Even among industry officials, Jo is considered 'one of the most wanted actors'. Officials who have experienced Cho Jung-seok point to him without hesitation as 'an actor who they want to be together with again'. That means they fell in love with both the actor and the person Cho Jung-seok. Officials said, "Now that he has become a sought after actor to cast, there is a belief that Cho Jung-seok will be determined to choose the story he wants to tell. We're still curious and looking forward to it".

Even the personal realm of marriage is a plus for Jo. Cho Jung-seok, who will soon become a father, is expected to take a break with his wife Gummy for the time being. Cho Jung-seok said in his latest interview that, after completing all his journeys, he was 'greatly happy'. The public has also been very happy thanks to Cho Jung-seok.