Cho Seung-woo cast in "The Horse Healer", first drama ever 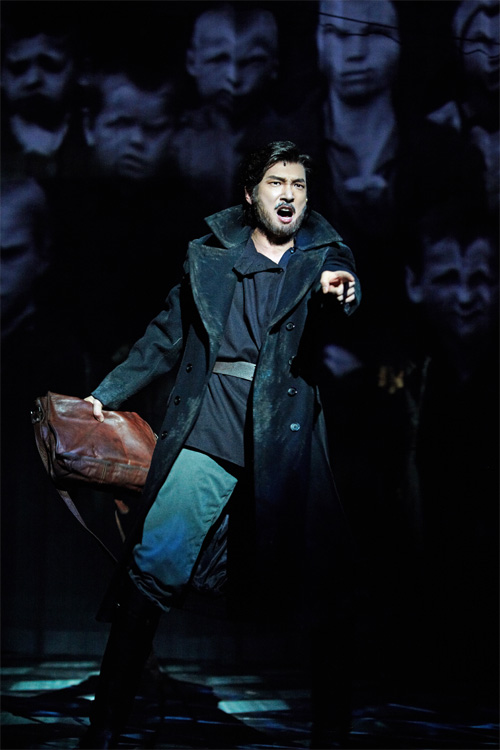 Actor Cho Seung-woo (32) will be appearing in a drama for the first time in his acting life.

Cho Seung-woo has been cast for the MBC historical drama "The Horse Healer". This drama is about the life of a horse vet who moved upwards to a royal physician and is produced by Lee Byeong-hoon who took part in "Dae Jang Geum", "Yi San" and "Dong Yi" and with writer Kim I-yeong who has worked with him since.

Cho Seung-woo debuted in the year 1999 with movie "Chunhyang" and has been in movies and musicals only until now. His decision to star in this drama seems like a big challenge to him as he never did so before. Cho Seung-woo had avoided being in dramas. When he was in the movie "Perfect Game" last year, he mentioned that he wasn't comfortable in switching mediums. "The Korean drama system is the kind I can't stand. If all the dramas were to be pre-produced then I would give it a try but if I have to do it piece by piece almost close to live then I can't. Dramas don't even let you sleep. Not sleeping or eating on time changes a person's personality".

Cho Seung-woo accepted this drama offer for the sake of his special relationship with the assistant director. He was pressured by the fact of it being a drama but he was convinced after a long time. They met through "Chunhyang" and have been close ever since then. The AD's role in this time's casting was very helpful.

The fact that it was producer Lee Byeong-hoon also helped to change Cho Seung-woo's mind. He was interested in the project and producer Lee was someone he had always wanted to work with. Many actors and actresses think of it as an honor to work with producer Lee.

Cho Seung-woo has been in movies "The Classic", "Marathon", "Tazza: The High Rollers" and more. He was also in the musicals, "Jekyll and Hyde", "Zorro" and more. He is going to join "The Horse Healer" right after he is done with musical "Doctor Zivago" in June.

"Cho Seung-woo cast in "The Horse Healer", first drama ever"
by HanCinema is licensed under a Creative Commons Attribution-Share Alike 3.0 Unported License.
Based on a work from this source