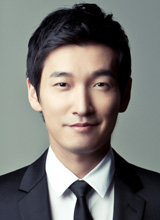 Cho Seung-woo will join the cast of the musical "Dr. Zhivago", the actor revealed after the final performance of his recent musical "Zoro" on Sunday.

Earlier last week, Ju Ji-hoon, who was to star in the musical set in early 20th century Russia, pulled out due to problems with his vocal chords.

Now Cho will rotate the title role with Hong Kwang-ho, who was originally scheduled to carry the burden alone following Joo's departure, the producers of the musical said.

"Cho Seung-woo Fills Gap in 'Dr. Zhivago' Musical"
by HanCinema is licensed under a Creative Commons Attribution-Share Alike 3.0 Unported License.
Based on a work from this source