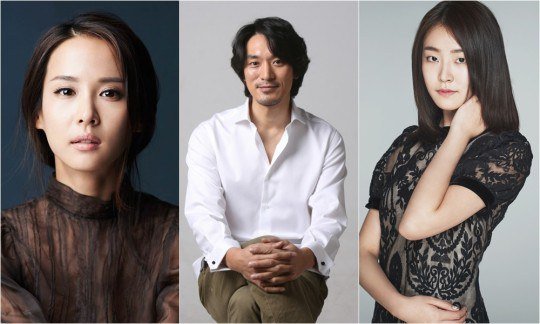 The new KBS 2TV drama is about the romance between an affluent married couple and the mysterious babysitter that appears in their lives.

Cho Yeo-jeong and Kim Min-joon are attempting at a new and mysterious melodrama for the first time in a while.

Kim Min-joon stars in the drama as Yoo Sang-won, a chaebol and a successful businessman. He has a wife but has an affair with the babysitter Jang Seok-ryoo. The charismatic and manly character is now a caring husband with three children. He is going to display the inner thoughts of a married man who is weakened by seduction.

Cho Yeo-jeong is Yoo Sang-won's wife and mother of three, Cheon Eun-joo. She is a charming wife and a good daughter-in-law but turns sensitive and bad-tempered when she finds out the secret between her husband and the babysitter.

In the role of Jang Seok-ryoo is Shin Yoon-joo who starred in "DongJu, The Portrait of A Poet" as Yoon Dong-joo's (Kang Ha-neul) first love. Jang Seok-ryoo has beauty and intelligence and she is a babysitter.

"Babysitter" has been rumored to have a high quality script since before it's production.

"Babysitter" will be broadcast on the 14th of March.

"Cho Yeo-jeong VS Kim Min-joon, in upcoming KBS drama "Babysitter""
by HanCinema is licensed under a Creative Commons Attribution-Share Alike 3.0 Unported License.
Based on a work from this source