Choi Cheol-ho steps down from "Dong Yi" after assault 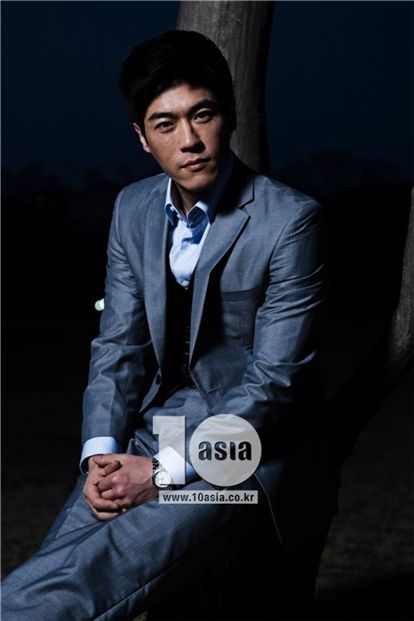 Actor Choi Cheol-ho stepped down from MBC TV series "Dong Yi" over the weekend as part of taking responsibility for assaulting a woman a few days earlier.

"I have decided to leave the show -- it is the least I can do to punish myself", Choi wrote in a message he posted on the official website of "Dong Yi" late on Sunday, just hours after a press conference through which he publicly admitted to and apologized for the wrongdoing he committed Thursday night.

On Friday, several media outlets had reported that Choi had been at a restaurant the previous night, drinking with actor Son Il-kwon and a female identified only by her last name Kim, when he got into an argument with her and started attacking her physically.

Choi had initially denied the claims, saying he had been trying to stop a fight, but footage from a closed circuit television at the restaurant revealed later on, confirmed that the actor had kicked Kim from behind and shoved her face with his hand multiple times after having pulled her down to the floor.

Police did not penalize Choi for his misconduct since Kim did not press any charges but the actor finally stepped forward on Sunday to admit to his fault and explain his actions.

At the press conference held at the Palace Hotel in Seoul, Choi said he had lied at first because he was "concerned about causing trouble for 'Dong Yi", a popular Monday and Tuesday night historical drama helmed by famed director Lee Byeong-hoon, in which Choi played a supporting role as a government official.

He went onto explain that Kim was a fan of "Dong Yi" and an aspiring actress but he had been drinking and lost his temper as they started to quarrel over a disagreement which led to him inflicting violence on Kim.

"I had quit drinking for the past two years and everything had been going well since then... Then I got drunk which led to what happened", Choi explained.

He added that another reason he lied was because he was scared of losing his popularity. "I had been an unknown actor for such a long time so I didn't want to lose the popularity I had worked so hard at gaining", Choi remarked.

He then burst into tears when talking about his family, saying that his family has a baby on the way. He vowed he will do his best to live as a father his two children will not be ashamed of.

Choi, 40, debuted in 1997 through movie "The Contact" starring critically acclaimed actress Jeon Do-yeon. He had appeared in scores of dramas and movies since but only started becoming recognized after appearing in 2006-2007 historical drama "Dae Jo Yeong" for which he was nominated best supporting actor at KBS' year-end awards ceremony.

He had been cast as the main male lead in a film tentatively titled "The Most Beautiful Picnic in The World" across actress Hwang Soo-jung.

"Choi Cheol-ho steps down from "Dong Yi" after assault"
by HanCinema is licensed under a Creative Commons Attribution-Share Alike 3.0 Unported License.
Based on a work from this source