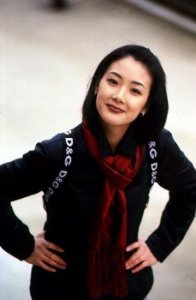 The representative of actress Choi Ji-woo has admitted that the "Winter Sonata" star is seeing fellow actor Lee Jin-wook. The two have been dating for the past two years, since they met while working on the drama "Air City" in 2007. There have been rumors in the past about the two stars going steady, but they have steadily denied that there was any special feeling between them. However, they were spotted on several occasions enjoying a cozy time together in Lee's car and in front of Choi's home. Lee is six years younger than Choi.

Choi has a huge following in Japan, where her popularity nearly matches that of her "Winter Sonata" co-star Bae Yong-joon. She is currently taking some time off after finishing a drama called "Celebrity's Sweetheart" on SBS. Meanwhile, Lee is presently starring in a weekly series titled "City of Glass - Drama". He is also scheduled to begin his military duty later this year.