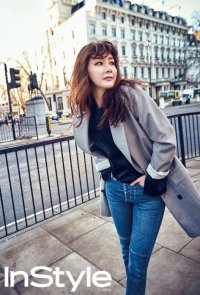 According to Olive Nine, Choi's agency, Choi has been invited to participate as a VIP guest for 'The 2008 Louis Vuitton Spring/Summer Collection Fashion Show' and she's the only one in Korea to be invited.

Olive 9 also mentioned that 'People from Louis Vuitton saw the photos and that's what amazed them to invite Choi to the show. She's invited as a VIP guest, not a model'.

Choi is expected to leave on 6th and participate in the show on 7th.

She's also expected for her most recent drama 'Air City' promotional tour in Japan, which will be televised starting on 26th.