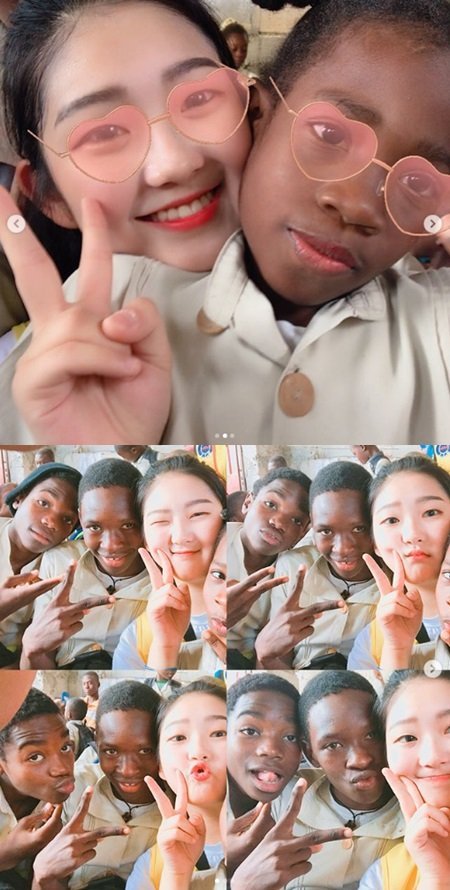 The late Choi Jin-sil's daughter, Choi Joon-hee, is volunteering in Haiti. In the picture, Choi Joon-hee poses with a few Haitian kids.

This post reassures fans as there was trouble with her grandmother, Jeong Ok-sook previously.

According to sources, Choi Joon-hee left on this voluntary trip to Haiti with actress Kim Won-hee on the 22nd.

The voluntary trip is led by a celebrity group as well as a medical team. They will return on the 3rd of December.

Choi Joon-hee made a post on her Facebook on the 12th saying, "I have nowhere to go. I write my wills sometimes. I read it when I am frustrated and cry".

Meanwhile, she posted that she was having trouble with her grandmother on her SNS. The police investigated Choi Jin-sil's mother Jeong Ok-sook for child abuse, but she was found not guilty.

"Choi Jin-sil's daughter volunteers in Haiti"
by HanCinema is licensed under a Creative Commons Attribution-Share Alike 3.0 Unported License.
Based on a work from this source