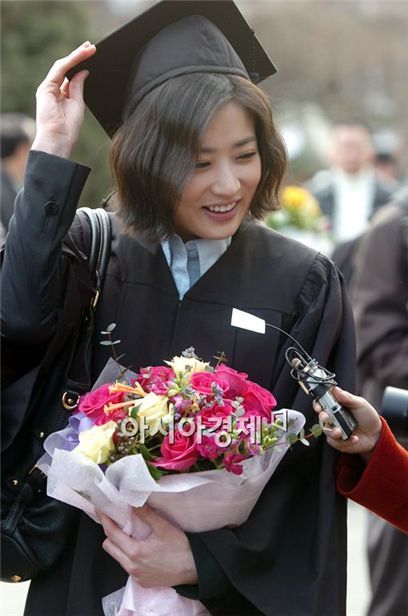 "I feel like I have become a real member of society", the actress said, sporting her graduation cap and a big smile. "I am very happy because I'm graduating after ten years. I was the last to graduate in my class and my parents couldn't be happier".

She currently stars in the Monday and Tuesday evening drama "Wish Upon a Star" as a cheerful, hard-working young woman raising five adopted siblings after the sudden death of her parents. 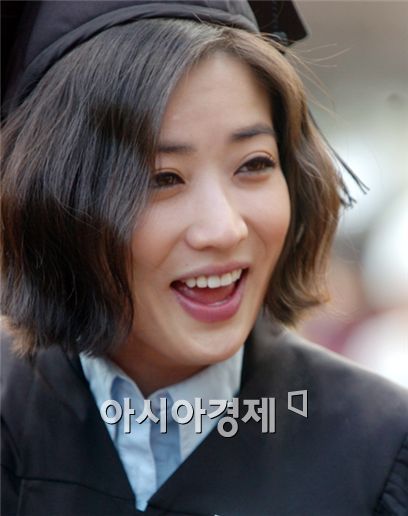 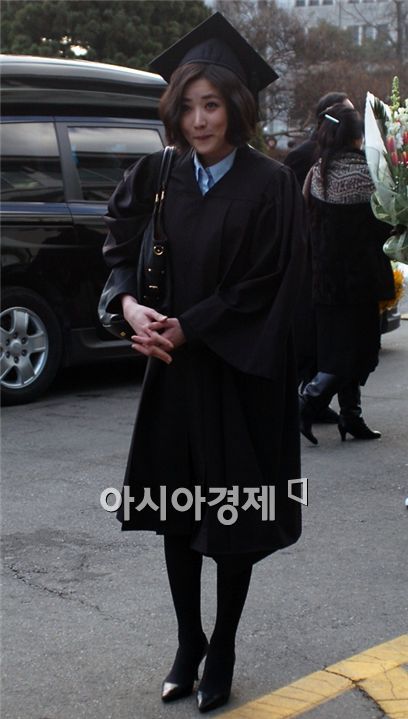 "Choi Jung-won celebrates long-awaited college graduation"
by HanCinema is licensed under a Creative Commons Attribution-Share Alike 3.0 Unported License.
Based on a work from this source