Choi Kang-hee: 'I Want to Become a Blank Slate' 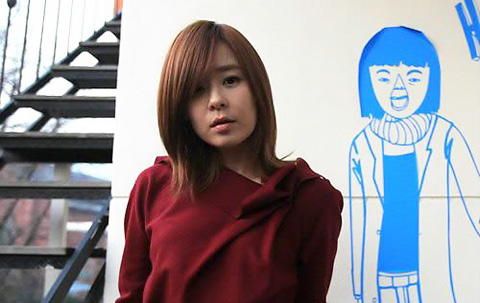 She kills many men and goes out with a man living next door as if nothing has happened (in the movie "My Scary Girl") and she calls her teacher while drunk and places an embarrassing placard at her older brother's wedding (in the movie "Goodbye Mom"). In this manner, actress Choi Kang-hee usually played extraordinary and "strong" characters up until now, and the character Da Rim, whom she will play in her new movie "Petty Romance" to be released on December 1, again seems to be very much suitable for actress Choi Kang-hee.

She said, "I have not done anything perfectly. I have played some cute characters and some cheerful characters, but I have never played a character who is completely pretending to be cute or who is completely a troublemaker. I thought that I would play a character with an entirely perfect personality". The movie's storyline is about writer Da Rim and illustrator Jeong Bae (Lee Sun-kyun) preparing for an adult cartoon contest with huge prize money, and they come to love each other. There are many compromising lines. Choi Kang-hee said, "When I spoke risque lines, I felt excited because it was like breaking a taboo. Females usually cannot read a column about sex in a magazine when they go to a beauty shop, so they might feel more excited about the fact that I speak about those things out loud". 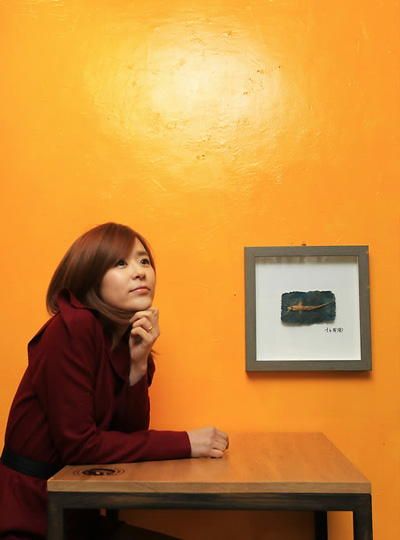 Choi appears with actor Lee Sun-kyun again, whom she had appeared together in the drama "My Sweet Seoul" two years ago. Choi Kang-hee said, "We could not become friends at that time, so this time I once again felt nervous and tense. But I could have intimate relations onscreen". She revealed that she could feel more excited about playing Da Rim in this movie than ever. Choi said, "From the moment when I first met production staff members, I behaved like Da Rim. From the first shoot to the last dubbing schedule, I wore a mini-skirt that Da Rim used to wear. In a singing room, I danced and sang along with the song like Da Rim, even though I usually do not do that, but it so exciting". She also revealed her strong confidence about this movie. She said, "This movie ends with a happy ending. You might feel happiness from this movie. The audience might want something sweet and warm, like a romantic comedy movie". She called herself an actress with "0.08 million viewers" because she had attracted 1.98 million viewers when she appeared in the movie "Ae-ja" (2009) and she also had attracted 2.38 million when she appeared in the movie "My Scary Girl" (2006). She said, "At this time, I want at least 2.98 million people to watch my movie".

She said that she enjoyed watching movies as much as she enjoyed participating in the Pusan International Film Festival, finishing filming the movie and watching four movies a day during the festival. She particularly enjoyed watching the movie "Toilet", which was produced by the director Naoko Ogigami, who had made movies such as "Kamome Diner" and "Megane", when she visited the Pusan International Film Festival. She said, "I want to work with director Naoko Ogigami, but I am not sure whether she will like me or not because I have played a character with a strong personality". She said that she wanted to play a typical female protagonist. She said, "When it comes to a female protagonist, they are all bright and have good personality and they can cry very often, but they can overcome any difficulties. I want to play this typical female protagonist with my own way of acing". She explained, "I want to disappear. I have thought about it. Do I have an appearance that can be cast for director Hong Sang Soo's movie? I don't think so. It might look very awkward. I want to abandon my own personality and I want to play this typical character and make myself into a blank slate. I have already played a character with a red color and with a green color, so this time, I want to play a character with a white color that is blank". Choi Kang-hee said that her images which were cute, pleasant, and boyish had nothing to do with her own original personality, but she did not care about this. During the interview, she mentioned several times that she recently learned to knit and made a scarf to give to her friends as a gift. 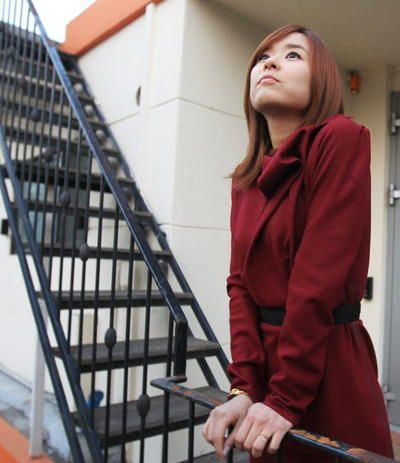 She sometimes assumed a pose in the middle of the interview while resting her chin on her hand and continued to talk in a quiet manner. The reporter asked her what kind of actress she wanted to be. Choi Kang-hee answered by talking about the movie "Lost in Translation" directed by Sofia Coppola and starring Scarlett Johansson. She said, "When I went to the movie theater, I found a movie leaflet saying "Director falls in love with actress's talent", and watched the movie. After I watched the movie, I thought that director Sofia Coppola and actress Scarlett Johansson both might have been very happy while filming the movie. I really felt envious. Director and actress can never fall in love even though they both play their own parts very well. They have to have a same taste for falling in love with each other like in the story of the novel by Haruki Murakami. In the story, 100 percent matched people meet together and fall in love".

"Choi Kang-hee: 'I Want to Become a Blank Slate'"
by HanCinema is licensed under a Creative Commons Attribution-Share Alike 3.0 Unported License.
Based on a work from this source