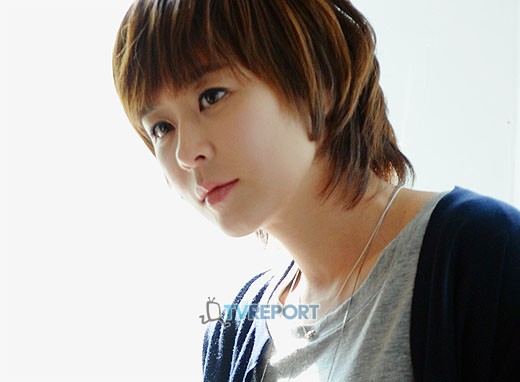 In an interview with TV Report on the 5th, as soon as she was asked about Kim Jae-joong, she asked right away "Didn't he act well?"

Choi Kang-hee recently took on the role of Noh Eun-seol in the SBS TV drama "Protect the Boss" and co-acted along with Cha Ji-heon (Ji Sung) and Cha Moo-won (Kim Jae-joong).

Being his first attempt at a drama in Korea, Kim Jae-joong showed steadiness and that earned him good evaluations. Choi Kang-hee also highly complimented him.

She said, "Kim Jae-joong is so different from Cha Moo-won in real life that I thought it would have been better for him to play the role of Cha Ji-heon instead. When I first got the script, I thought Cha Moo-won would be the most difficult. However, a rookie had this role. It wouldn't have been easy even for me. But he pulled it off well. He only had a piece of the script but he still did it well".

She continued, "Even after the script reading, people were worried out of concern. However, I really liked it. After the reading I told the director he should do well if we just let him be. He would've been too concerned if we told him about his walk and the way he talked. I think he was born with the ability to understand emotion well".

"I have never been worried about Kim Jae-joong. He doesn't get nervous on set and is always laid back. Ji Sung and I have been acting for a long time so we know mechanically what kind of acting is right for what case but Kim Jae-joong just seemed to go with the flow. The editor admired him".

Meanwhile, Choi Kang-hee is hosting a radio and is taking a break after the drama before her next project.

"Choi Kang-hee praises Kim Jae-joong's acting "
by HanCinema is licensed under a Creative Commons Attribution-Share Alike 3.0 Unported License.
Based on a work from this source