Choi Kang-hee to Fill In as Radio DJ 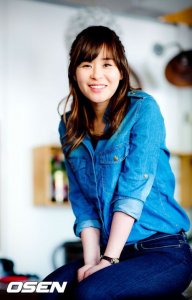 Actress Choi Kang-hee will return as a radio DJ.

She will fill in for singer MayBee to host the KBS Cool FM show 'Pump Up on Volume' Jan. 14 to Feb. 3. It's been 14 months since she left the show as the DJ.

The replacement is scheduled because MayBee will undergo surgery on her vocal cords. MayBee was diagnosed last month while promoting her second album. She wanted to continue as DJ but her management and radio producers persuaded her to take a break for a while.

Upon hearing the news, Choi--the show's former DJ--willingly accepted the offer to sit in during MayBee's absence. Busy herself promoting her film "My Love", Choi has even delayed a photo shoot this month to a later date because of the radio gig.

Her management agency said, "Choi is happy to meet fans again as a DJ". She will also begin reviewing scripts for her next film.