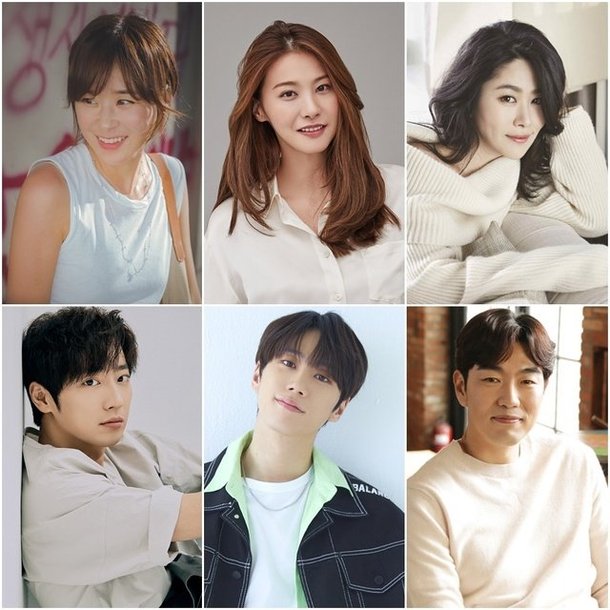 There's going to be a Korean version of "Charlie's Angels".

The SBS TV drama "Good Casting" is a comedy drama about an undercover agent selected in the worst-case scenario and a spying mission by Korean superwomen to investigate corruption involving the nation's largest conglomerate's technology leaks.

Choi Kang-hee plays the legendary NIS agent Baek Chan-mi. She is a black ops agent who wouldn't mind an undercover operation into prison to solve a case. Yoo In-young plays Im Ye-eun, a single mom who used to be a brainy white agent in the NIS, but gets demoted to a field agent and causes trouble.

Kim Ji-young is Hwang Mi-soon, who goes from the NIS counterterrorism response team to being an agent for odd jobs. She used to be a great black ops agent, but now she's just a homemaker of 18 years who's afraid of arthritis and menopause.

Lee Sang-yeob takes on the role of CEO Yoon Seok-ho. He's got a good educational and family background, he is good-looking and has manners, but suffers from trauma after being dumped by his first love.

Lee Jun-young from the group U-Kiss plays Kang Woo-won, a rising star who eventually becomes a top star. He acts cool, so as to not lose his popularity, but works very hard to hide his dirty temper.

Lee Jong-hyuk plays Dong Kwan-soo, a long-time team leader who has barely been surviving in the NIS. He gathers Chan-mi, Ye-eun and Mi-soon to go on a mission.

"Good Casting" is helmed by Choi Yeong-hoon and is written by Park Ji-ha. It begins on the 27th of April at 10PM.

"Choi Kang-hee, Yoo in-young, Kim Ji-young, Korean Charlie's Angels in "Good Casting""
by HanCinema is licensed under a Creative Commons Attribution-Share Alike 3.0 Unported License.
Based on a work from this source