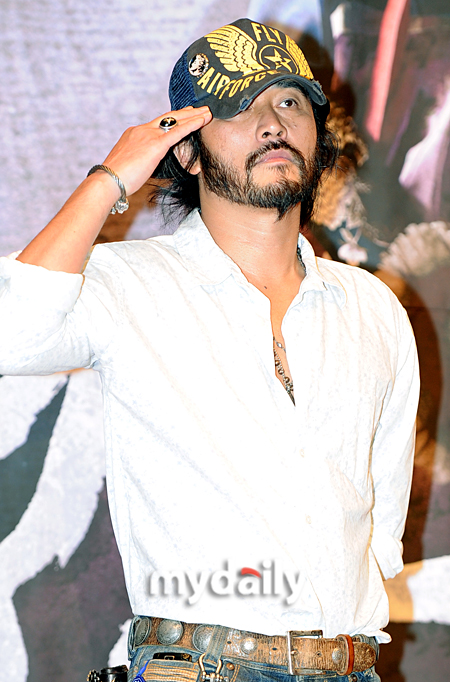 "Happy Ending" is about a strongly characterized, secretive and broken family finally getting together at last to communicate and harmonize with the death of the father Ki Doo-soo, played by Choi Min-soo.

Kim Doo-soo is a never-giving up, adventurous and optimistic local newspaper reporter who has guts. At home, he is a patriarchal and dictorial father. Not having been able to connect with his family, Kim Doo-soo brings his broken up family back together again with his dead near.

Choi Min-soo showed anticipation for the new role and said, "Kim Soo-doo is a character who gave up his youth to the company but is a typical Korean father at home. Instead of being shaken up by the news of dead, he realizes the love he has for his family and becomes a true breadwinner".

"Happy Ending" will be aired on the 23rd of April.

"Choi Min-soo in JTBC "Happy Ending""
by HanCinema is licensed under a Creative Commons Attribution-Share Alike 3.0 Unported License.
Based on a work from this source