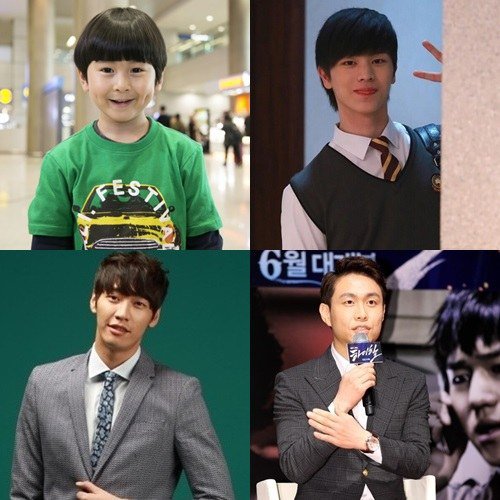 The four main actors for tvN drama "Plus Nine Boys" has been finalized.

"Plus Nine Boys" is about the life and love of men at the age of 9, 19, 29 and 39. Choi Ro-woon is a 9-year old young actor. He is known for his gluttony and has grown up to be a great actor. He is currently in a relationship with another young actress named Jang Baek-ji for two years in a row.

B to B, Yook Sung-jae is a 19-year old high school Judo athlete. He dreams of joining Yongin University and to do that he needs a certain gold medal. Kim Young-kwang is a 29-year old tour planner. He has everything from specs to appearance. He is always styled in the latest dandy cut and underwear. He is also a very carefree person.

Oh Jung-se is a TV show producer named Goo Gwang-soo. He is a brilliant mind and the best PD in the station, but even he can't avoid the number 9. He casts an indie band in terms of providing various types of music and is sent off to another show when his plan becomes one of the worst in history.

"Plus Nine Boys" comes after "Marriage Without Love".

"Choi Ro-woon, Yook Sung-jae, Kim Young-kwang, Oh Jung-se cast for tvN "Plus Nine Boys""
by HanCinema is licensed under a Creative Commons Attribution-Share Alike 3.0 Unported License.
Based on a work from this source