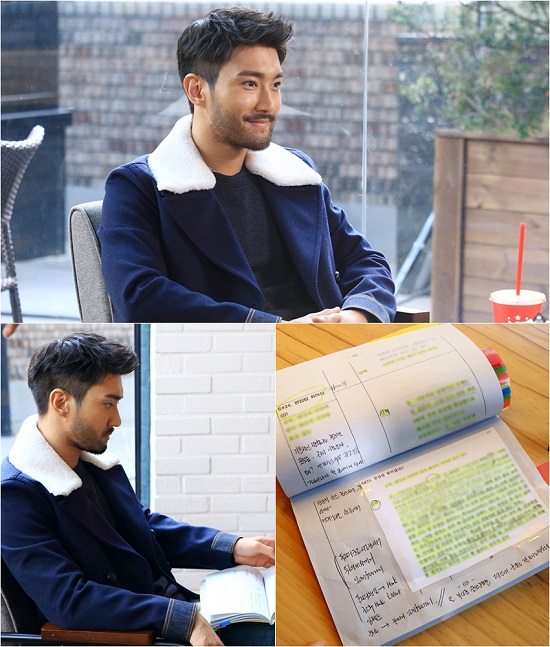 "She Was Pretty" star Choi Si-won's script has made a topic.

Choi Si-won plays Sin-hyeok, a dissembling and unpredictable reporter, who is warmhearted inside. As he has been presenting the incredible acting performances for his role in the drama, people say they are witnessing a new discovery of actor Choi Si-won.

In the revealed images by the production team, we can tell his acting performances are not accidental. Choi Si-won highlighted each line of his script and wrote down such detailed comments filling up most of the margins on each page. His script looks like a textbook belonging to a student who prepares for an important exam. His passion and efforts are clearly evident.

An associate with Bon Factory, the production company of "She Was Pretty" said, "Choi Si-won is actually such a hard worker" and "Choi Si-won's comical character loved by our drama fans is a result of his thorough analysis of his script. All the actors and staffs including Choi Si-won are doing their best at the moment. Please send us much support and interest throughout the remaining three episodes until the end".