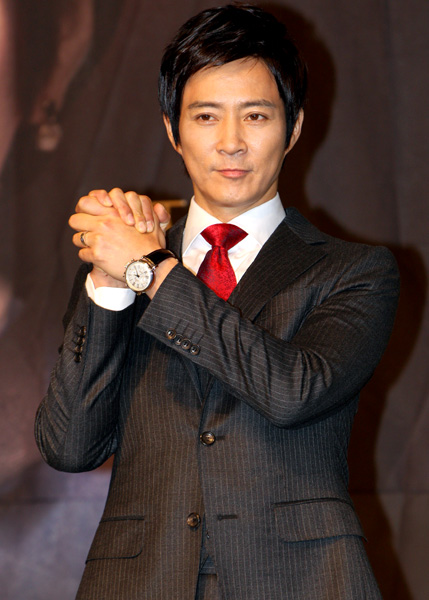 Leading actor for a movie based on the true story of the "Iron Bag Angel".

Choi Soo-jong, known best for his historical dramas, is going to be in a movie. This is his first time he has been in a film in 18 years, the last time being the 1994 romantic comedy movie "The Man Who Can't Kiss", with Kim Hye-sun. He has the leading role in the movie "Happy Delivery", which tells the true story of the late Kim Woo-soo from "Iron Bag Angel".

Kim Woo-soo was an orphan who lived a hard life as a Chinese food delivery man. However, he was spending his money supporting children who were in much more difficult situations than him, but he suddenly died in a car accident last September. As news spread about his warm deeds many people were touched and he even received a medal from the President.

About the movie, Choi Soo-jong said, "I am one of those who learned a lot from the story of Kim Woo-soo. The movie warms the heart and it's something my children can watch with as well".

Choi Soo-jong has been concentrating on dramas since 1994 and was known as an actor not destined to appear on movie screens. He said, "I have had many offers but I didn't believe in doing a film and a TV show at the same time, so I have just been rejecting them. It just so happened that every time I got a movie offer, I was already doing a drama".

The production for "Happy Delivery" is going to gather all the profits and donate to those in need in the name of the late Kim Woo-soo.

Meanwhile, Choi Soo-jong is looking forward to starring in the drama "King Taejong Muyeol" on KBS 1TV after finishing the movie in March.

"Choi Soo-jong after 18 years! "
by HanCinema is licensed under a Creative Commons Attribution-Share Alike 3.0 Unported License.
Based on a work from this source