Choi Soo-jong falls from horse, another disaster after Park Joo-mi 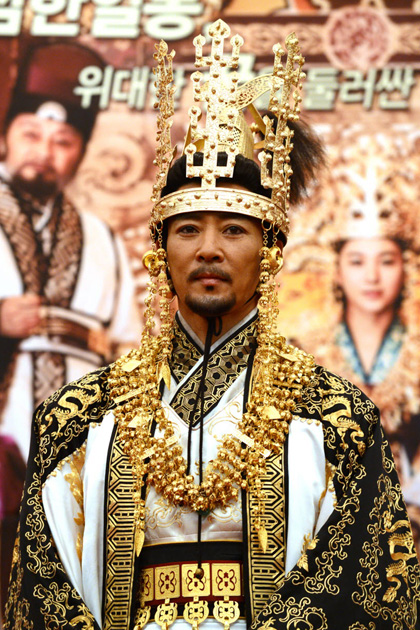 Actor Choi Soo-jong from "The Great King's Dream" fell from his horse.

Choi Soo-jong was in the middle of shooting the KBS 2TV drama "The Great King's Dream" when he fell off from the horse. He was taken to the hospital but returned only a while later with minor injuries.

It doesn't seem like a big injury but just for safe measures Choi will be put through MRI and other treatment.

Meanwhile, this is the second time an accident has happened to a member of the drama. The first was Park Joo-mi in a car accident.

Park Joo-mi was in a serious car accident on the 23rd nearby a Kyeong-buk gas station.

Those who have heard about the accident say, "'The Great King's Dream' must see an exorcist", "I hope everyone recovers soon", "The drama almost ended", "The production must be having a hard time" and more.

"Choi Soo-jong falls from horse, another disaster after Park Joo-mi"
by HanCinema is licensed under a Creative Commons Attribution-Share Alike 3.0 Unported License.
Based on a work from this source