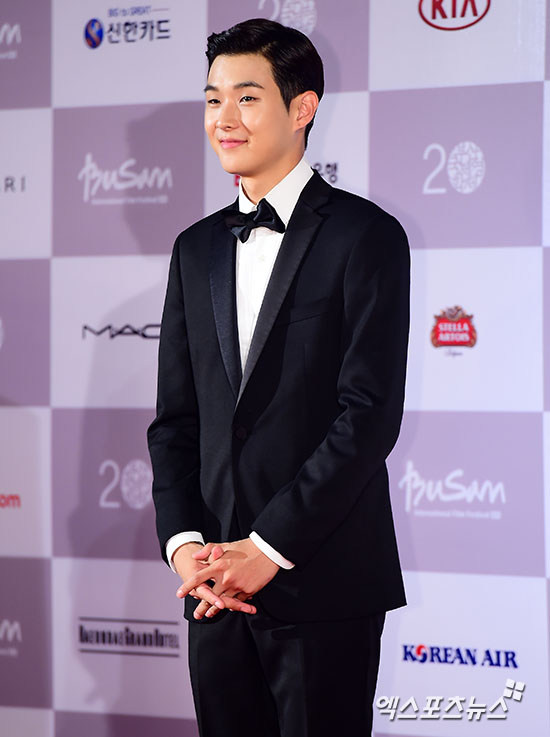 Choi Wooshik came into spotlight as a rising star on Chungmuro by grabbing a trophy again for his role in "Set Me Free".

This is Choi Wooshik's second award this year after he received the Actor of the Year Award at the 19th Busan International Film Festival for his role in "Set Me Free".

Choi Wooshik said during the acceptance speech, "I'm thankful and thrilled to receive such big award for my first leading role. I'd like to thank the director who made it possible for me to stand right here. I'll try harder to show much better performance, best form of acting".

Movie "Set Me Free" talks about the life of a 17 year old boy, Yeong-jae, who lives in a mental hospital, away from his irresponsible father. Choi Wooshik played the leading role, Yeong-jae and received good reviews for delivering such acting performance with the strong screen presence.

Meanwhile, Choi Wooshik also has been cast for the upcoming movie to be released next year, 'The Princess and the Matchmaker' along with Lee Seung-gi and Shim Eun-kyung.

Also, another movie, "Train to Busan" starring Choi Wooshik has finished filming and is on standby to be released soon. "Train to Busan" is a blockbuster movie depicting desperate battle with mutant virus spread over the entire nation.

"Choi Wooshik receives Best New Actor Award at the 35th Korean Association of Film Critics Awards "
by HanCinema is licensed under a Creative Commons Attribution-Share Alike 3.0 Unported License.
Based on a work from this source