Choo So-young cast for Daniel Choi's girlfriend in "The Musical" 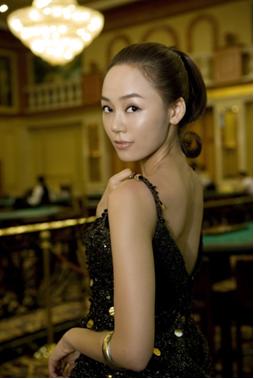 Actress Choo So-young has come on board the drama "The Musical" in the later half.

Pretzel Productions revealed on the 10th that she confirmed her role in the drama "The Musical" with Daniel Choi and Ku Hye-sun as lead roles.

Choo So-young is currently acting in theaters with "Why Do We Need Men?" after drama "BIRDIE BUDDY". She has been cast as bright and lively overseas music producer Ahn Seong-ah in "The Musical". She is the girlfriend of the man Daniel Choi is playing and will be the character that draws the love triangle between Ku Hye-sun and Daniel Choi.

Choo So-young showed strong ambitions when she said, "2011 is going to be year where I challenge bigger possibilities. I will do my best to show you a different side of me in this drama".

Meanwhile, she has been active in musical "Lend Me the Tenor", dramas "열 아홉 순정", "The Evil Twin" and movie "Arang".

"Choo So-young cast for Daniel Choi's girlfriend in "The Musical""
by HanCinema is licensed under a Creative Commons Attribution-Share Alike 3.0 Unported License.
Based on a work from this source