"Chronicles of Evil" makes it to 1st place 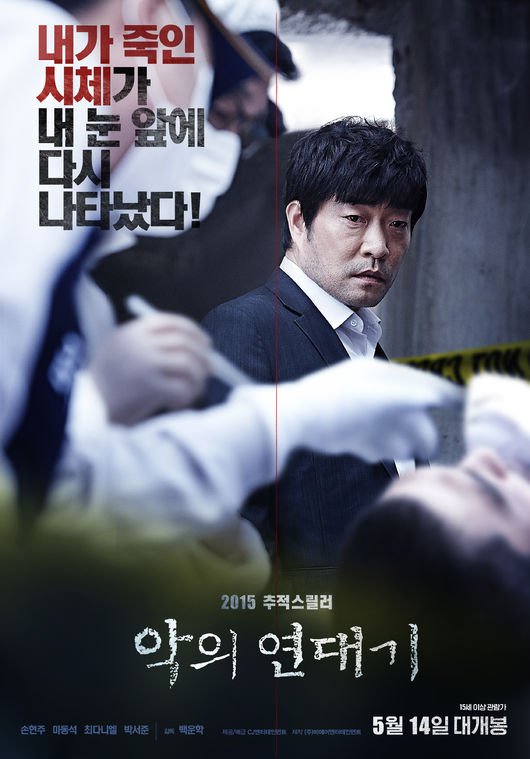 "Chronicles of Evil" came in first of the Box Office in just 11 days. It has been 44 days since a Korean movie took over.

According to the Korean Film Council, "Chronicles of Evil" gathered 114,533 people on the 11th. This is past the records of "Mad Max: Fury Road" and "The Avengers: Age of Ultron".

The opening score of "Chronicles of Evil" beat the score of "Detective K: Secret of the Lost Island" which holds the record to the highest opening score so far this year.

One factor that led to the success of "Chronicles of Evil" has very much to do with Son Hyun-joo whose previous movie "Hide and Seek" in 2013 did extremely well.

Meanwhile, "Chronicles of Evil" is a thriller about a detective who commits murder at the peak point of his life but becomes responsible for solving the case as he tries to cover up his tracks.

""Chronicles of Evil" makes it to 1st place"
by HanCinema is licensed under a Creative Commons Attribution-Share Alike 3.0 Unported License.
Based on a work from this source