Chun Jung-myung in the army again? 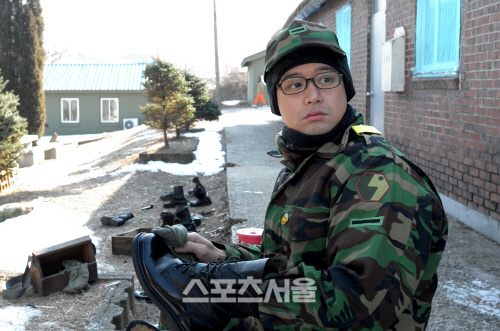 Actor Chun Jung-myung was seen wearing military again. His movie "Queen of the Night" revealed pictures of the actor polishing his boots with a blur look on his face.

"Queen of the Night" is a romantic love story about a man named Yeong-soo (Chun Jung-myung) who is super timid but meets the perfect wife named Hee-joo (Kim Min-jung) and he investigates her past.

The still cut of Cheon on this day focused on his unique blur expression and the cleaning of boots implied this was a scene from his National Service days.

This image contrasts from the rough and tough images he displayed in "Les Formidables" and "Hindsight".

Previously, Chun Jung-myung was a training assistant when he was in National Service and was called the 'devil assistant'. In addition, recent videos on Twitter show his outstanding skills in Jujitsu which proves he's a born fighter.

The movie company claims, "Chun Jung-myung is going to be timid and pure for love in this movie, hoping to show a side of him that's not known yet".

Meanwhile, "Queen of the Night" will be released early this year. 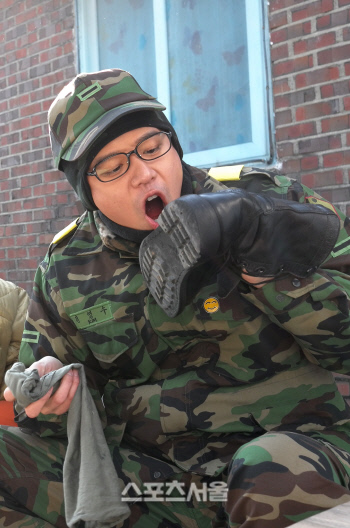 "Chun Jung-myung in the army again?"
by HanCinema is licensed under a Creative Commons Attribution-Share Alike 3.0 Unported License.
Based on a work from this source