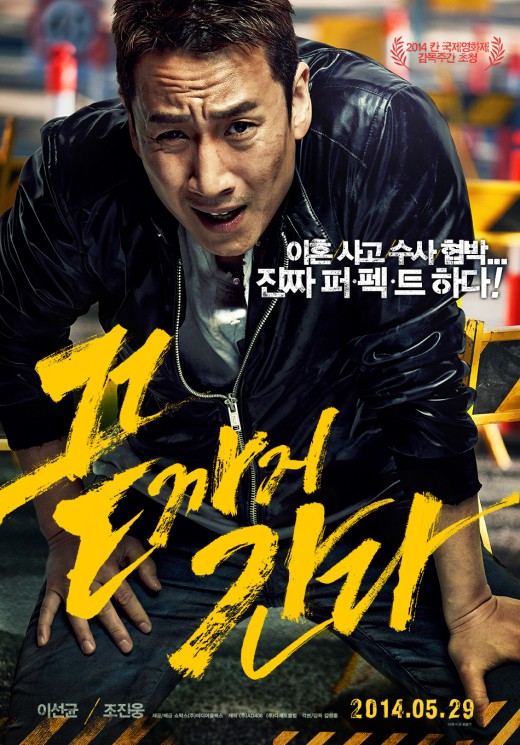 This year's Grand Prix of Chunsa Film Art Awards went to "A Hard Day" director, Kim Seong-hoon-III. During the acceptance speech, director Kim Seong-hoon-III said, "I will continue to work harder to fill up my shortcomings so I become a director who is not ashamed of himself".

"A Hard Day" is an unpredictable crime action movie seen by more than 3.4 million people since it was released in May last year, of which success was based on the robust directing.

Best actor award was given to 'KUNDO : Age of the Rampant' actor Ha Jung-woo and best actress award went to "A Girl at My Door" actress, Bae Doona.

Ha Jung-woo said during the acceptance speech, "Thank you for awarding me this meaningful award while I'm still lacking in great deal. I'll work harder and challenge myself more from now on".

Bae Doona showed up at an official event for the first time after she broke up with Hollywood star, Jim Sturgess. Bae Doona calmly said during the acceptance speech, "Thank you truly. It's a great honor. I'll take this award representing all the staff and actors and actresses who worked very hard for the movie, "A Girl at My Door". I'd like to show good performances in more of Korean movies".

Director Woo Moon-gi delivered an emotional speech, "I really did not expect this. I'm not prepared for the speech" and "I'd like to make really good movies".