"Cinderella's Sister" is not quite the fairy tale, says Ok Taecyeon (2) 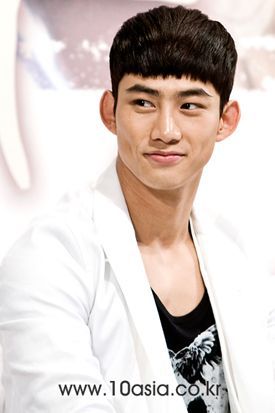 Q: Chun Jung-myung, have you gotten used to the atmosphere on set?
Chun Jung-myung (Cheon): I think I got the hang of things quite faster than I usually do because up until part of the fourth episode, we've been shooting on rotation so being able to meet up with everyone and act with them has helped. I also tend to prepare a lot in advance, read my script a lot and I had constantly kept in touch and met up with the other actors so that has also helped me to understand my character more quickly. I've become better at anticipating what will be in the next script I get. I used to get the hang of things into the second half of a drama in the past so I'm glad it's happened faster this time.

Q: A lot of the roles you used to play were ones which appeal to the female audience. Were you under a bit of pressure because a new type of guys have become more appealing while you were away?
Cheon: I had actually gained some weight by the time I was discharged from the military but I worked out crazily after hearing I would be shooting a drama with Ok Taecyeon. I lost eight kilograms and am still trying to lose more but I'm nowhere close to Ok Taecyeon. I'm just trying the best I can.

Q: Ok Taecyeon, this is your first time acting. How did you decide to take it up?
Ok Taecyeon: I tend to think that I need to see the end of whatever I go for. That's why when I first started as a member as 2PM, I concentrated on that, and when I did a duet with Baek Ji-young, I took on the challenge of going on stage without the rest of my group. In that way, I think I'm greedy when it comes to taking on new challenges. It was the same with acting.

Q: So how has it been?
Ok Taecyeon: There are a lot of problems. (laugh) I know I still have a long way to go. But both the producer and other actors are helping me a lot so I'm trying very hard.

Q: What do the members of your group 2PM say to you about your decision to try acting?
Ok Taecyeon: They too want to challenge themselves in a variety of fields so they are extremely envious of me. There are instances where singers who try to act end up becoming a topic of debate because of their acting skills but if you're good, it'll help the album so they've been rooting for me. They've been calling me by my character's name Jung-woo because I asked them to.

Q: What are the things you've been working on since starting to act?
Ok Taecyeon: I hadn't been able to practice my acting too much after making my singing debut. I became faced with basic problems such as vocalization and pronounciation, but what was most difficult was acting out facial expressions. Everyone gives me advice on this. And I'm still lacking at this in many ways so I've been hearing different things. I had seen Moon Geun-young on TV since I was in elementary school so it's interesting to actually get to watch her but I also feel quite nervous around her because she's my senior when it comes to acting. I'm trying to become closer with her and she's been teaching me a lot so I'm becoming more disciplined.

Q: What do you think about Ok Taecyeon's acting?
Cheon: Since he's dipped his feet into acting, I'm hoping he will succeed as an actor. It could be hard to be good at both singing and acting so I'm wondering how he thinks of concentrating on acting. He keeps saying he's not good enough but he actually is good and he also tries hard. 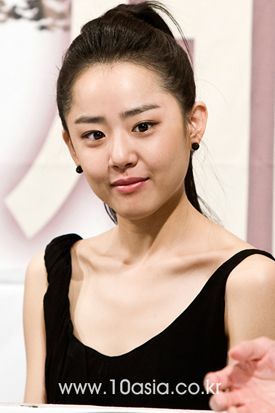 Q: Most of you are of similar age. Does anything fun happen on set?
Moon: The set itself is fun. Seo Woo keeps saying her character has a charm which will probably help her gain anti-fans but it is definitely not true.
Seo Woo: Let's talk after we look at the message boards after the show starts airing. (laugh)
Moon: The atmosphere on set always lights up when Seo Woo appears and I don't know if he was in the army but Cheon also seems to have a lot of fun and he plays a lot of jokes too.
Seo Woo: He plays a lot of jokes. The worst you could imagine.
Moon: But Seo Woo isn't any better either. I'm not too good at joining in with the jokes so I'm usually the spectator. I bully Ok Taecyeon instead.

Q: Cheon, are you happy to be on set for the first time in a while?
Cheon: It's actually extremely difficult for me to get to set. It's like working out -- hard to get to but great once you're there. I was happy to see the people who I had only been seeing on TV. It's fun that everyone is unique and they have all treated me well.

Q: You referred to them as people you had only seen on TV. I'm curious to know who's photograph you had on the inside of your locker while you were in the military.
Cheon: It was figure skater Kim Yuna. It was a full-shot of her posted in the military paper. It was Japanese actress Yu Aoi at first, then Brad Pitt and also UEE [of girl group After School]. The last photo I had was of skater Kim Yuna.

Q: With dramas, there is the anxious phase you have to go through while waiting for the show's ratings. Does this pressure you in any way?
Moon: A lot of other things do but I'm not too sure about ratings.
Seo Woo: I don't really pay too much attention to number of admissions or ratings because I haven't been in any of the more commercial films or dramas. But I'm guessing we'll do okay since Moon is popular, right?

Q: What is the message you want to deliver through "Cinderella's Sister"?
Cheon: More than anything, the picture for our drama is great.
Ok Taecyeon: There's a dual vibe to the drama so I don't think it will be blindly femine. I hope you will get to think that this is a drama where you can see a new side to the fairy tale of Cinderella.

""Cinderella's Sister" is not quite the fairy tale, says Ok Taecyeon (2)"
by HanCinema is licensed under a Creative Commons Attribution-Share Alike 3.0 Unported License.
Based on a work from this source