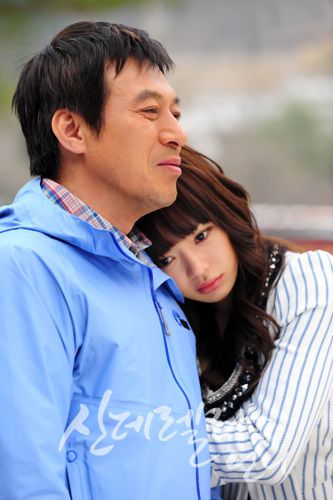 KBS TV series "Cinderella's Sister" maintained its position as the most-popular drama on Wednesday and Thursday nights, blowing away its competition in the same prime time slot with solid ratings.

According to statistics released by TNS Media Korea on Friday, "Cinderella's Sister" surpassed the 20 percent mark this week with viewership ratings of 19.2 and 20.8 percent, respectively, showing an increase of one percent from the previous week.

Figures from AGB Nielsen Media Research revealed slightly lower ratings for the drama, recording an average rating of 19 percent on April 28 and 29, but showed an increase of one percent from last week.

This week, "Cinderella's Sister" focused on the main characters coping with the sudden death of Kim Dae-sung (played by Kim Kap-soo), the birth father of Hyo-seon (Seo Woo) and the stepfather of Eun-jo (Moon Geun-young).

"Personal Taste" has kept its title as the second most-watched series with ratings standing in the 12 to 14 percent range while "Prosecutor Princess" continued to post ratings in the 10 to eleven percent range.

""Cinderella's Sister" paves the way on Wed-Thur nights"
by HanCinema is licensed under a Creative Commons Attribution-Share Alike 3.0 Unported License.
Based on a work from this source