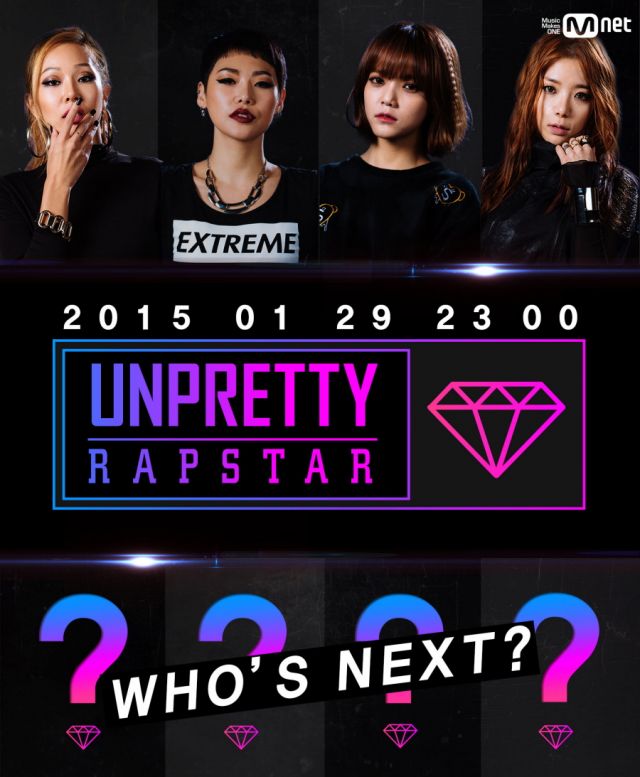 Unpretty Rapstar is the highly anticipated spinoff of Mnet's previous hit reality battle rap series Show Me the Money. During each episode, female combatants compete against one another to get a chance to participate in a new song made by renowned hip-hop producers. The show promises to feature colorful and thrilling performances by today's top female rappers.