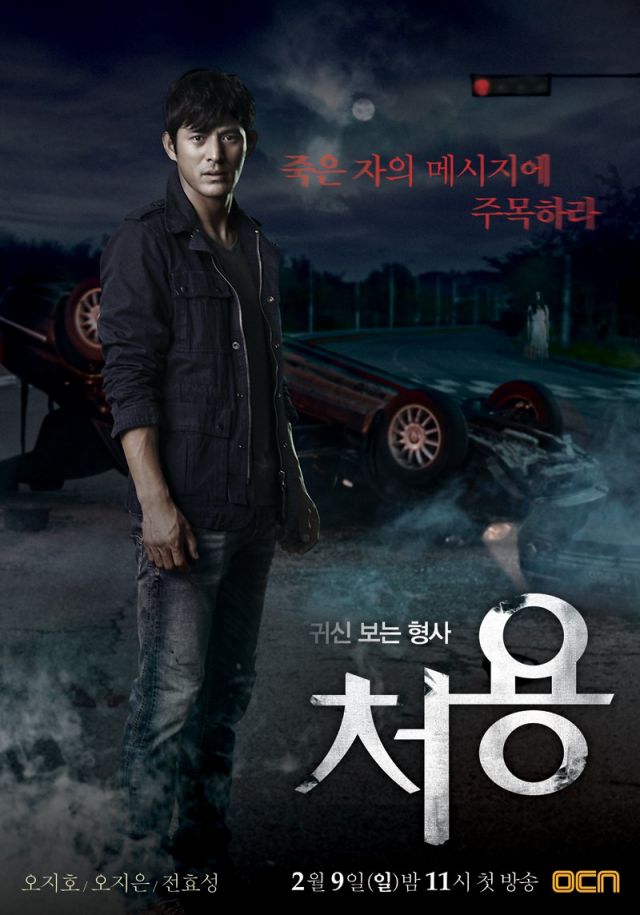 Show highlights demand among Korean drama fans for new, diverse themes, as well as recent surge of interest in the supernatural and sci-fi

Seoul, Korea (February 10, 2014) – Leading the exploration of new themes for the Korean drama genre, CJ E&M [http://en.cjenm.com], Asia's No.1 Total Contents Company, has launched the new mystery crime drama "Cheo Yong: The Paranormal Detective". Starring Oh Ji-ho and Oh Ji-eun, and Jun Hyo-seong from popular K-Pop girl group Secret, "Cheo Yong: The Paranormal Detective" portrays the story of a detective with an extraordinary ability to see ghosts. The show highlights the demand among Korean drama fans for new and diverse themes, as well as recent surge of interest in the supernatural and sci-fi.

An original drama produced by CJ E&M, "Cheo Yong: The Paranormal Detective" tells the story of a detective named Yoon Cheo-Yong (played by Oh Ji-ho) who has the unique ability to see, listen, and touch ghosts. He digs into unsolved cases with a female 'high-schooler' ghost Han Na-Young (Jun Hyo-seong) and a young and passionate colleague Ha Sun-Woo (Oh Ji-eun). The title of the drama "Cheo Yong: The Paranormal Detective" is derived from a Korean myth about an extraordinary man living in ancient Silla, who is believed to have had the power to defeat the goddess of smallpox.

"Cheo Yong: The Paranormal Detective" rides on a recent surge of interest among Korean drama fans in supernatural and science fiction based themes. Recent shows driving this trend have included CJ E&M's twist-filled hit "Nine: Time Travelling Nine Times", as well as the fantasy dramas "Who Are You - 2013", "Master's Sun", and "My Love from the Star". With their compelling storylines, non-traditional approaches, and sophisticated production, these innovative dramas have received attention and acclaim both in Korea as well as abroad.

"By exploring diverse and original themes for the Korean drama genre with differentiated idea development and advanced production techniques, CJ E&M has been setting new trends for the Korean drama industry, as well as enhancing interest among a modern generation of viewers", said Park Ho-Sik, Head of CJ E&M's Drama Production Team. "With its suspenseful and original story concept, talented cast, and advanced production, "Cheo Yong: The Paranormal Detective" is sure to be a hit among fans as well as promote ongoing innovation in the Korean drama genre".

"CJ E&M Launches New Supernatural Detective Drama "Cheo Yong: The Paranormal Detective""
by HanCinema is licensed under a Creative Commons Attribution-Share Alike 3.0 Unported License.
Based on a work from this source