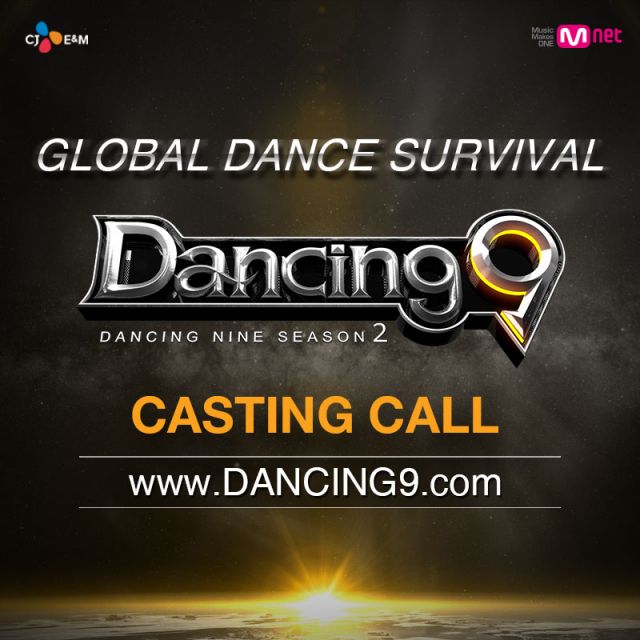 Regardless of dance genre, age, or nationality, anyone with a passion for dance welcome to apply

Asia's No.1 Contents Company CJ E&M has begun accepting contestant applications for the second season of its hit dancing survival TV show, Dancing9, which returns this June. The show has been a massive hit not only in Korea, but also across Asia for its thrilling, talented, and competitive performances, as well as discovery of talented dancers.

For international applicants, the first two rounds of auditions will be conducted online exempt from open auditions. Candidates should submit their online applications at http://dancing9.com along with a two minute video clip. Applications will be accepted from solo, duet, and group performers. For contestants who successfully pass the first two rounds, roundtrip flight tickets to Korea as well as accommodations will be provided by CJ E&M. The application period for international dancers is through noon Friday, April 4th (KST).

Broadcast on CJ E&M's specialized music channel Mnet, Dancing9 was an immediate hit in its inaugural season as the first dance survival show in Korea. With thrilling competitions highlighting diverse genres from K-Pop to street to jazz to ballet dance, Dancing9 served to introduce the joy of dance to mainstream Korean culture, as well as providing an opportunity for talented dancers in Korea to be discovered. Tickets to the 2013 season's final event, Dancing9 Gala Show, sold out within 10 minutes.

This June, the second season of Dancing9 returns even more improved with more flexible competition rules at each stage. Also, in response to calls from dancers belonging to teams and crews, the second season will include a newly created category for group applicants. The later stage competitions will involve battles between two teams. Each team will be composed of nine dancers who have survived the previous stages. The winning team will receive USD $100,000 in prize money, along with an opportunity to host a luxury gala amounting to $300,000. Moreover, the MVP of the winning team will also receive a separate $100,000 to realize his/her dreams.

"CJ E&M Opens Applications for 2nd Season of Hit Global Dance Survival Show, Dancing9"
by HanCinema is licensed under a Creative Commons Attribution-Share Alike 3.0 Unported License.
Based on a work from this source