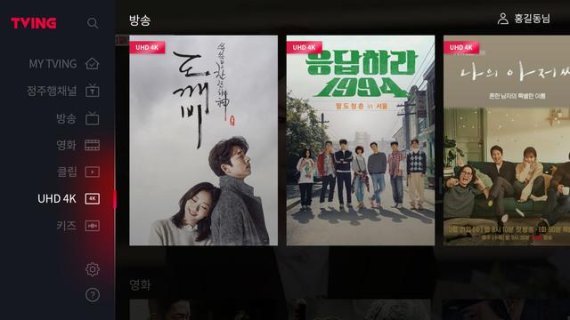 There is a strong trend in Korea's online video service (OTT or over-the-top media service) market.

CJ ENM said on the 17th that it has signed a business agreement with jTBC to launch the OTT joint venture. This is the second birth of an native OTT coalition after the OTT of three ground-wave broadcasters, POOK and SK Telecom's Oksusu were merged into WAVE on the 16th.

CJ ENM and jTBC have agreed to set up a joint venture by early next year that will provide a combined service of content held by the two companies with intellectual property rights, and introduce an integrated OTT platform based on TVING. The CJ ENM-JTBC joint venture will be joined by CJ ENM as the first shareholder and jTBC as the second largest shareholder.

CJ ENM and jTBC, which have various IPs such as dramas and entertainment programs, agreed on the need to secure planning and production capabilities of contents, and secure platforms for effective service of well-made contents in order to secure competition in the content market, which has already become a venue for global players.

Through the joint venture, CJ ENM and jTBC will showcase a wider range of products to consumers, including a combination of the two companies' contents. They also agreed to work together in various ways, including additional partnerships, and to create an ecosystem structure in which they can grow together with contents and platform operators around integrated OTT.

CJ ENM said that this cooperation with jTBC is a strategic choice to respond to the rapidly changing global market environment. Currently, the Korean OTT market is facing a growing sense of crisis among Korean companies due to the boom of Netflix and YouTube, the world's No. 1 media sources. In addition, companies with abundant IPs, such as Apple, Amazon and Disney, have already announced the launch of their own OTT services, with their entry into the local market just around the corner.

"The variety of broadcasting channels owned by CJ ENM and jTBC and the ability to produce their own contents by Studio Dragon and Jcontentree are competitive", an industry source said.

Looking at the broadcast content influence index released earlier this month, broadcasting programs on channels owned by CJ ENM and jTBC account for 8 of the top 10.

Meanwhile, industry sources said it is necessary to note whether KT will participate in the OTT joint venture between CJ ENM and jTBC.

"CJ ENM and JTBC Establish Joint Venture, Building Local OTTs"
by HanCinema is licensed under a Creative Commons Attribution-Share Alike 3.0 Unported License.
Based on a work from this source