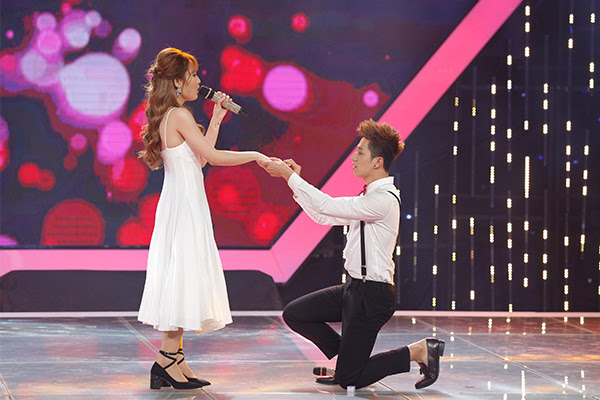 'Love at First Song' develops in U.S. and Malaysia, while '300: War of United Voices' and 'I Can See Your Voice' have agreed on another option deals in Europe.

John Legend, with Simon Lythgoe, has picked up CJ ENM's hybrid music dating format 'Love at First Song' for U.S. development. Legend's Get Lifted Film Co teams up with the three-time Emmy Award-nominated Producer of 'American Idol' and 'Disney's Fairy Tale Weddings', Lythgoe's Legacy Productions and Critical Content. According to Lythgoe, 'Love at First Song' "has the potential to launch the next great duo like Tim & Faith, Sonny & Cher or Jay Z & Beyoncé".

Diane Min, CJ ENM's Head of Format Sales, commented "'Love at First Song' shows international competency with freshness of the show compared to those of other entertainment with similar genres globally". She hopes that more of CJ ENM's format to be produced, and enjoyed in countries all over the world".

Jihee Kim, creator of 'Love at First Song' and CJ ENM's Head of Format Development, added "dating and music have always been a popular genre. This show has already shown success in Vietnam, and it will surely show competency in Western countries as well". The original version of the show premiered in Vietnam's VTV3 last year, scored number 1 ratings in timeslot, boosting network ratings up by 30%.

'Love at First Song' has also been to be commissioned to Media Prima, Malaysia. The Malaysian version is set to air on coming April.

CJ ENM also sealed other multiple deals going overseas. The music competition format '300: War of United Voices' has made an option deal in France, picked up by Endemol Shine France. The format, where top artists and 300 fans become one in a performance, has already been optioned in U.S. last year by Craig Plestis of Smart Dog Media. In Korea, the first season generated an online buzz total of 6.5 million digital views in various digital platforms, and the second season is scheduled to air this May through tvN.

In addition, mega hit format 'I Can See Your Voice' has been optioned to Tresor TV, Germany. The music format where a terrible singer can be the final winner, has already been licensed in nine countries, and is expected to add another one in the list with this deal. 'I Can See Your Voice' ranked number 1 in target ratings for 8 weeks in a row, and reached highest ratings share of 47.40% in Korea. It currently airs 6th season through Mnet and tvN.