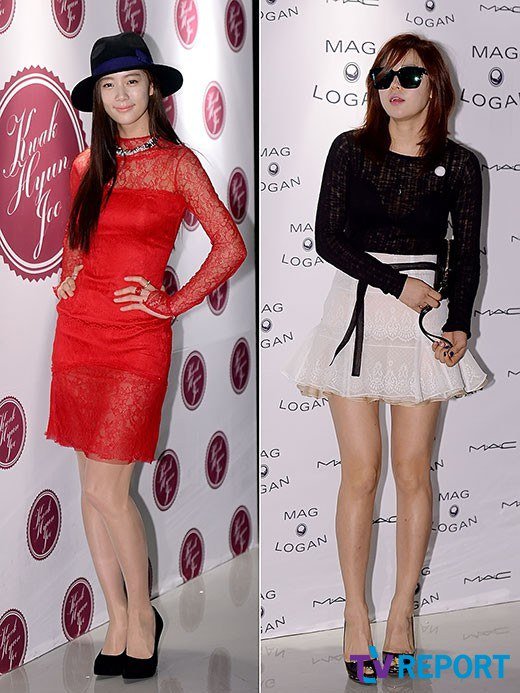 Actresses Clara and Choi Kang-hee appeared at the 2014 F/W on the 26th.

On the other hand, Choi Kang-hee added cuteness to her outfit by wearing a princess-like skirt. She matched her see-through top with a flowery and lacey skirt.

Hosted by Seoul, the 2014 F/W is the greatest fashion show in Korea with the greatest, experienced designers and prospects.

"Clara and Choi Kang-hee in see-through outfits"
by HanCinema is licensed under a Creative Commons Attribution-Share Alike 3.0 Unported License.
Based on a work from this source