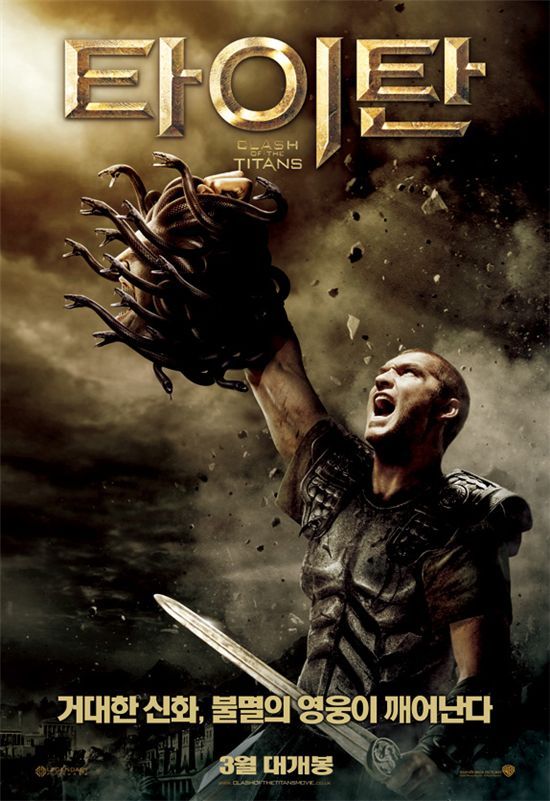 Hollywood mythical picture "Clash of the Titans" proved unstoppable at the Korean box office in its second weekend, beating out nearly a handful of local and U.S. releases.

Estimates by the Korean Box Office System (KOBIS) on Monday revealed that "Titans" brought in 553,401 admissions during the weekend of April 9 to 11 to remain the most-watched film in the country.

"Titans", about the story of the fight between man and the gods set in the Greek city of Argos, stars famed actors Sam Worthington, Liam Neeson and Ralph Fiennes.

Meanwhile, new releases "The Crazies" and "Leap Year" bowed into the box office at fourth and fifth with 73,802 and 50,911 admissions, respectively.

Other movies in the top 10 were "Green Zone", "Shutter Island", "Alice in Wonderland", "Runaway from Home" and "Avatar".