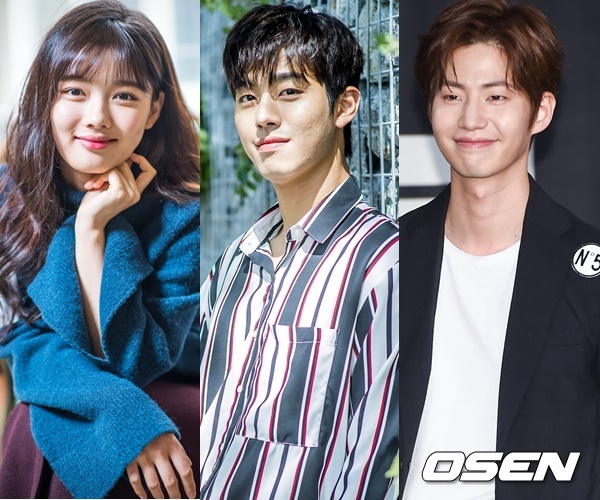 "Clean with Passion for Now " has casted Kim Yoo-jung, Ahn Hyo-seop, and Song Jae-rim as its leads.

It is a romance drama based on a popular web-toon about Gil Oh-sol (Kim Yoo-jung) who is a slob focused on survival and a cleaning company CEO named Jang Sun-gyul (Ahn Hyo-seop), who is obsessed with hygiene.

Fans of the web-toon were very interested in the cast of the drama as they claim the synchronization with the characters from the web-toon is very important. They were pleased with how well Kim Yoo-jung fits the clumsy and innocent image of Kim Oh-sol and how Ahn Hyo-seop's height and features fit Jang Sun-gyul.

"Clean with Passion for Now " is coming in April.

""Clean with Passion for Now " Casts Kim Yoo-jung, Ahn Hyo-seop, and Song Jae-rim"
by HanCinema is licensed under a Creative Commons Attribution-Share Alike 3.0 Unported License.
Based on a work from this source