"Closer to Heaven" to be shown in Japan 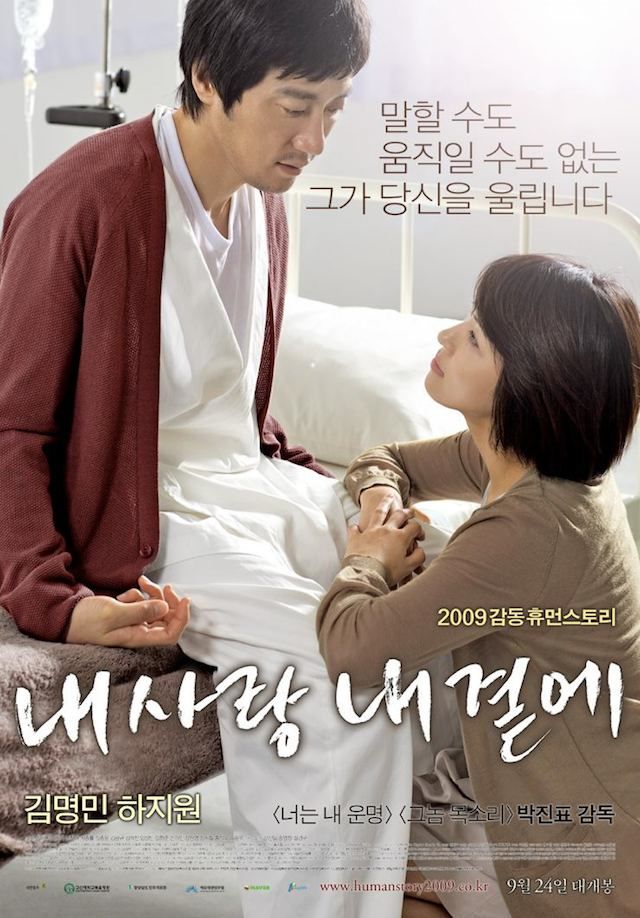 "Closer to Heaven" will be released at the Shinjuku Musashinokan and the Human-Trust Cinema Yuraku-cho in Tokyo on February 5, 2011, and will be shown in other cities around Japan thereafter.

"Closer to Heaven" is helmed by "You are my Sunshine" director, Park Jin-pyo and stars Kim Myung-min ("White Tower", 2007) and Ha Ji-won ("Haeundae", 2009). The deeper you get into their story, the more it will touch your heart.

Baek Jong-woo (Kim Myung-min) suffers from Amyotrophic Lateral Sclerosis (ALS), a fatal and incurable disease with unknown cause. When his mother dies, he meets a funeral director, Lee Ji-soo (Ha Ji-won) whom he knew back from his childhood, and falls in love with her. They are married a year later. But their sweet home is a room of a hospital. Despite the worsening symptoms leaving Jong-woo barely able to hold his own spoon, he has never been happier than those moment he spends with his wife, Ji-soo, which gives him the will to fight the disease with more determination than any other. However, Jong-woo's condition continues to deteriorate. Despite his acknowledgment of the disease, he becomes increasingly anxious as he sees his body degenerate day by day. He gradually refuse Ji-soo's heartful care and tenderness. At length, the speech impediment that he so wanted to avoid begins...

Written and translated by: soon and aichi

""Closer to Heaven" to be shown in Japan"
by HanCinema is licensed under a Creative Commons Attribution-Share Alike 3.0 Unported License.
Based on a work from this source