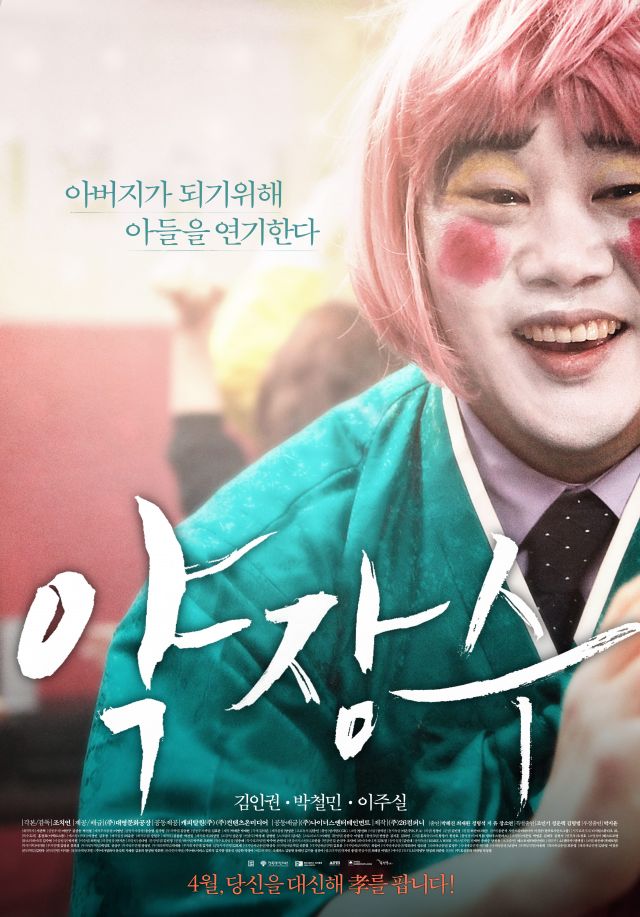 "Clown of a Salesman"

Synopsis: Il-beom works hard to pay off his daughter's hospital bills but one day gets fired for being wrongly accused as a molester. After series of failures, Il-beom finds a job at a PR company which provides free entertainment to old women in exchange for buying their products. Il-beom feels shameful to play dirty tricks on old women but he has no other choice. Despite his initial concerns, Il-beom starts to feel a sense of worth entertaining old women. A new team member, Ok-nim joins and Il-beom becomes a good friend to her, making her feel warm and safe which she never gets from her own son. But, the joy of their friendship won;t hold long when Il-beom's debt reaches beyond help.