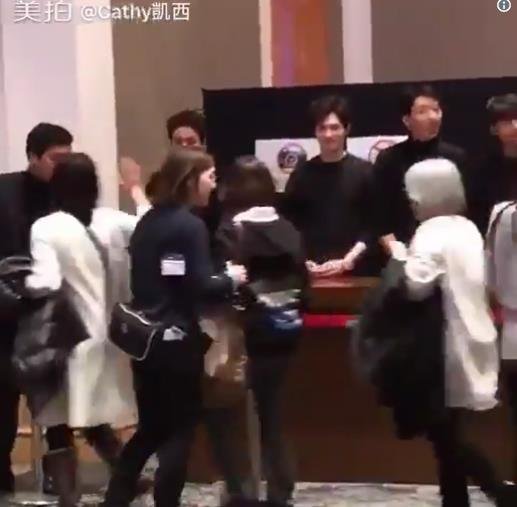 While CNBlue's Lee Jong-hyun was known to be one of the members of the 'Jung Joon-young' chat group, more accusations are being made about sexually harassing a girl group and his bad fan service.

A video from a CNBlue fan meeting was posted online recently.

While other members of the band greet their fans with smiles and gestures, Lee Jong-hyun is just looking at them without saying anything or making any friendly gestures.

That's not all. At his personal fan meeting, when fans asked for an encore, he came back out to say, "I only have one thing to say; you're so annoying".

There are more videos of him just ignoring fans without acknowledging them.

Lee Jong-hyun has been embroiled in a controversy about an alleged sexual harassment of a member of a girl group.

According to related video, Lee Jong-hyun, who was done with his turn on stage, intentionally made physical contact with a female singer.

FNC Entertainment stated that accusations about this weren't true. "Lee Jong-hyun is taking time off to think about his wrongs and any ill-intended rumors will be dealt with strictly".

"CNBlue's Lee Jong-hyun Urged to Leave the Band After Poor Behavior"
by HanCinema is licensed under a Creative Commons Attribution-Share Alike 3.0 Unported License.
Based on a work from this source