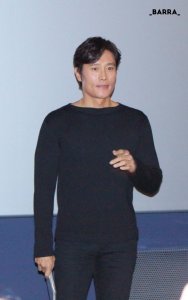 It's not hard to see why Korean actor Lee Byung-hun is known as the "James Dean of Asia", according to CNN.

The network recently met up with the 38-year-old actor in England, where he was present for the London screening of his hit film "The Good, the Bad, the Weird".

"From his black leather-clad hands to his wild, psychotic eyes, an air of cool, remorseless detachment envelops him", described CNN of Lee's role in the so-called Kimchi western directed by Kim Jee-woon.

Lee responded to the reviews and compliments by telling CNN that he was happy about people telling him that his eyes changed and he looked bad in the movie.

"Actors always want to play the villain role at least once in their life. I had a good time because I could finally realize a full range of expressions and emotions", he was quoted as saying during the interview with CNN.

Lee also mentioned the downfalls of groundless Internet gossip and rumors, saying that there has to be change.

"I try not to read those kind of things. I think it's better to do that", he was quoted.

The actor, who made it big here in Korea for his chiseled figure and sweet smile through dramas and films, has broadened his boundaries by appearing in the Hollywood action film "G.I.Joe: Rise of Cobra" as Storm Shadow with Sienna Miller and Dennis Quaid, which is slated for release next summer.

"Everything was so different. But it was a very good experience for me", he told CNN about the filming.

CNN finished the article by saying that Lee was not ruling out the possibility of returning to Hollywood.

"Of course, if they have good projects for me, then I would participate", the actor told CNN.

Lee will also appear in the crime thriller "I Come with Rain" with co-star Josh Hartnett directed by Vietnam's Tran Anh Hng next year.