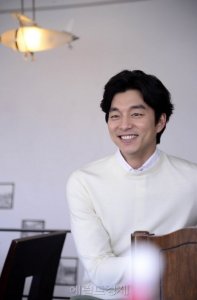 Gong Yoo from MBC drama "Coffee Prince" is not only a celebrity in Korea, but also a celebrity in Taiwan as well. While in Korea, Gong Yoo interviewed with 8 Taiwanese major newspapers including China Times, Liberty Times, Penghu Times and Apple Times.

The interviews were to advertise the Korean hit drama 'Coffee Prince', which is scheduled to air at Video Land Cannel in Taiwan. In this interview, Gong Yoo proved himself a Korean Wave star.
A member from Video land channel commented that Gong earned the nickname 'The Best Romantic Prince' even before the drama is introduced.

Gong said at the interview "I really appreciate the reporters coming to Korea visiting us from Taiwan and showing interests".

This drama will be broadcasted prime time at 10 PM on January 3rd in Taiwan.

""Coffeeman" Gong Yoo is popular in Taiwan"
by HanCinema is licensed under a Creative Commons Attribution-Share Alike 3.0 Unported License.
Based on a work from this source