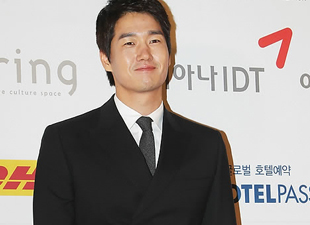 Hollywood's version of "Old Boy" is currently in the works. And word of a strong potential candidate for one of the roles has leaked: Colin Firth.

According to an entertainment source on November 12th called "Cinema Blend", the British actor is being seriously considered to play the antagonist role that Korean actor Yoo Ji-tae took on, "Lee Woo-jin". The Hollywood remake of the successful Korean film will be directed by Spike Lee.

Firth is currently in talks with film officials, going over the contract details. The movie is slated for a 2012 release.

If Firth does indeed take part in "Old Boy", this will be a second link with the director who headed the Korean original, Park Chan-wook, as Firth also has a role in Park's first Hollywood movie, Stalker.

"Old Boy" is a film about a man who for some unknown reason, gets kidnapped and locked in a motel for 15 years alone. He plots his revenge when he's released, to put into motion a series of shocking incidents. The Korean film was critically acclaimed, even attracting 3.3 million movie goers at the box office.

"Colin Firth Being Considered For Yoo Ji-tae's Role In Hollywood "Old Boy""
by HanCinema is licensed under a Creative Commons Attribution-Share Alike 3.0 Unported License.
Based on a work from this source