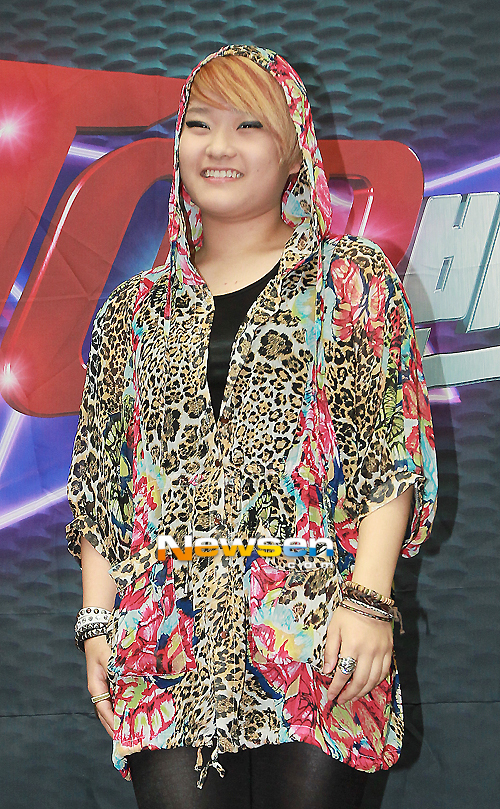 Son Seung-yeon, an 18-year-old music student, beat out her competitors to win the first season of the cable TV audition show, "The Voice of Korea", Friday.

With the first-place finish on the Mnet program, she received 100 million won (approximately $87,000) in prize money, additional 200 million to record and release a debut album, a Nissan Cube and a chance to study music abroad with her vocal coach in the program and one of Korea's legendary singers Shin Seung-hun.

Considered an underdog going into the final round, Son sang ― and won the hearts of voters with ― a moving rendition of an original number "Ugly Duckling", which was loosely based on her life. She received a lengthy standing ovation from the live audience. She also performed a song from 60s diva Yoon Bok-hee, called "Everyone", with the spectators rising to their feet.

Part of the "The Voice" franchise first developed and aired in the Netherlands, the local variant successfully convinced the fickle Korean TV watchers to tune in since its first airing three months ago. Recording between 3 to 4 percent of nationwide audience under monitor every week, an exceptional number for cable TV that often struggles for anything over 1 percent, the audition show gave another hit to Mnet, alongside the similar format "Superstar K".

"The Voice" aimed to give weight just to the vocal abilities of contestants, forcing judges/coaches to listen with their backs turned against them. Because of this fair play rule, amateurs as well as several professional singers hitherto unable to find their breaks signed up for a chance, which raised the overall quality of the music on the show.

The organizers of "The Voice of Korea" revealed on the same day that the second season is in the pipeline and slated for early next year.

"College student claims 'The Voice of Korea' throne"
by HanCinema is licensed under a Creative Commons Attribution-Share Alike 3.0 Unported License.
Based on a work from this source