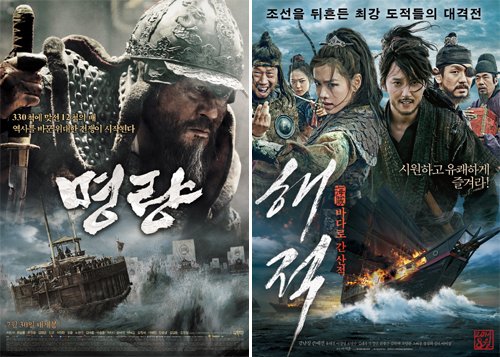 At a time when Korean cinemas have been virtually taken over by period blockbuster "The Admiral: Roaring Currents", the comedy "Pirates" has managed to get off a great start.

The film was released on Wednesday, and 272,858 people saw it in the first two days, taking it to second place at the box office.

Industry insiders worried that "Pirates" would be completely overshadowed by "The Admiral: Roaring Currents", but the humor seems to work for audiences.

Although both are period films, "Pirates" is a funny fusion of the traditional and modern styles.

Hollywood blockbusters, meanwhile, are struggling in Korea this summer.