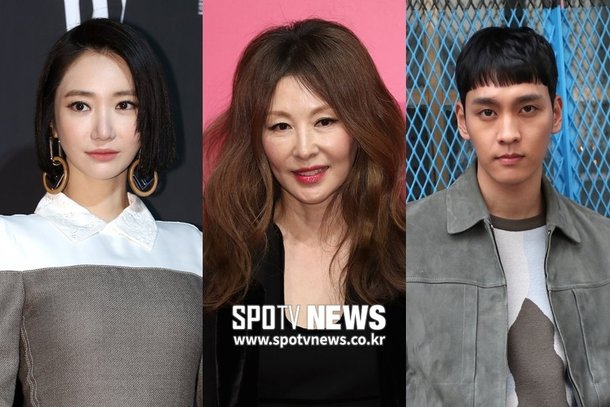 Hallyu is on alert as continuous issues arise. The departures of actors Go Joon-hee, Lee Mi-sook, and Choi Tae-joon reflect the tense atmosphere in the industry.

Go Joon-hee withdrew from the KBS 2TV drama "Perfume" with which she was in the negotiating stages. She'd been negotiating for a long time, but news leaked 1st that she decided not to be in it altogether and her agency made it official with a statement. In just days, the lead actress dropped out and was repleaced by Go Won-hee.

Although no direct mentions have been made, this seems to be a result of the broadcast of "The Know" on the 23rd of March regarding 'Seungri's Kakao Chat'. After the broadcast, word got out that 'the woman mentioned in the show' was Go Joon-hee who belonged to YG Entertainment with Seungri at the time. Regardless, Go Joon-hee claimed that she didn't have anything to do with the 'Kakao Chat' and took legal measures to false rumors.

Lee Mi-sook was in the beginning stages with "Secret Boutique", a new SBS drama. She ended up declining her position which was a key role and the drama was just about to go into production.

Choi Tae-joon quit the drama "Hotel Del Luna" on the 4th. He decided not to play Jo Woo-hyun with IU and Yeo Jin-goo in the end. His agency said, "There was dispute regarding his character so we've decided not to go ahead with it".

Speculations surround the fact that Choi Tae-joon has expressed his friendship with Jung Joon-young who is being charged with the making and circulation of illegal videos.

The current situation in which the leading actors almost in the process of appearing in a series of drama leaving with little time before filming reflects the tense atmosphere of casting being reflective of social issues.

Especially, the controversy about Big Bang's Seungri and Burning Sun, singer Jung Joon-young, and Choi Jong-hoon has affected the TV shows they've been starring in and many of their fellow celebrities have been put on the table, threatening their careers.

Even if there are no specific charges against any single person, with the example of "Love in Sadness" actress Park Han-byul's husband who was only investigated for his involvement in the case, it seems there isn't anyone even mentioned in the slightest who can avoid a toll. Choi Tae-joon is not even directly involved with the 'Kakao Chat', but he can't avoid critics. Police who were briefing the media about the case on the 4th, mentioned some celebrities who were being talked about and said, "Some of these people aren't even being charged but they are being put in uncomfortable situations".

Sources say no one knows who's going to be affected next and everyone is just being extra cautious. The controversy is quite large and hostility is quite intense. Another source said, "Even though no specific charges are being made, if any name is mentioned for one reason or another, not only celebrities but the shows related to them are facing direct hits. It's disappointing how reports are inciting speculation and even innocent people can be hurt by this".

"Connections to Burning Sun and Seungri Force Go Joon-hee, Lee Mi-sook, and Choi Tae-joon to Leave Dramas"
by HanCinema is licensed under a Creative Commons Attribution-Share Alike 3.0 Unported License.
Based on a work from this source