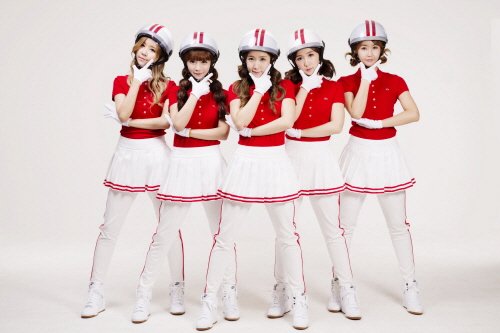 K-pop girl group Crayon Pop are getting ready to release their first full-length album in September, two years and two months after their debut.

Until recently, the girls were busy performing on Lady Gaga's North American tour which was held from June 26 to July 22. They opened about a dozen times among the global pop star's 29 concerts in the U.S. and returned to Korea in late July.

They have been working on their new album ever since. "The members are working hard, practicing dance moves and singing with the goal of releasing the album in September", their management agency Chrome Entertainment said.