"Criminal Minds", will it turn out to be a good remake? 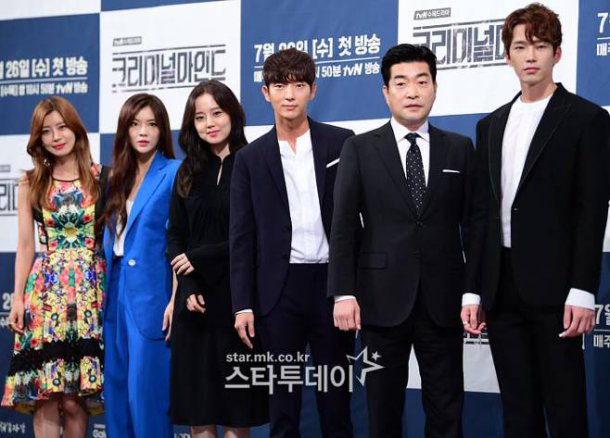 "Criminal Minds" is an investigative drama about a team of specialists use a unique profiling technique to look at things in the criminal's point of view.

The American drama has been popular for the last 13 years in over 200 countries. tvN is the first broadcasting station to make another version of it.

The basis of "Criminal Minds" is psychological investigations. In the original, an FBI Behavior Analysis team investigates psychopaths, sociopaths and terrorists through profiling but the Korean version has been customized in Korean standards..

"Criminal Minds" Writer Hong Seung-hyeon said, "The original is a famous American drama and there is a lot of American custom in it. They deal with criminal mentality personally so it's quite different from the Korean contradiction. The most difficult part about the remake was the difference in customs. I made sure the drama could communicate to Koreans".

Directors Yang Yoon-ho from "IRIS" and Lee Jeong-hyo from "The Good Wives" are co-directing "Criminal Minds" which will be released on the 26th of July.

""Criminal Minds", will it turn out to be a good remake?"
by HanCinema is licensed under a Creative Commons Attribution-Share Alike 3.0 Unported License.
Based on a work from this source