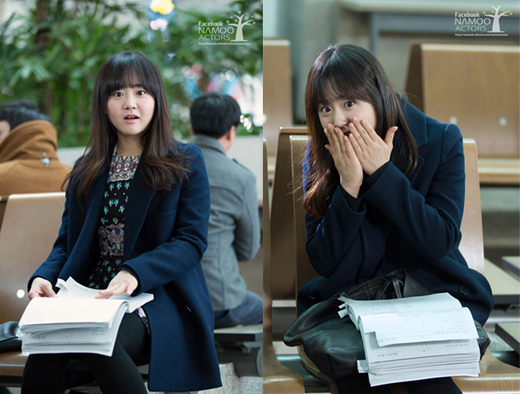 Actress Moon Geun-young was seen playing with the camera.

While the actress was going through her script, she noticed a camera taking pictures of her and posed as if she was surprised. She didn't let a camera go by with nothing and entertained those around her.

According to a source on site, when an actor or and actress has a lot of crying scenes, the amount of energy spent on that one scene can make someone feel very sensitive but not Moon. She is very considerate of the others and at the same time knows how to concentrate on the emotions whenever she needs to.

"Cutie Moon Geun-young during script practice"
by HanCinema is licensed under a Creative Commons Attribution-Share Alike 3.0 Unported License.
Based on a work from this source