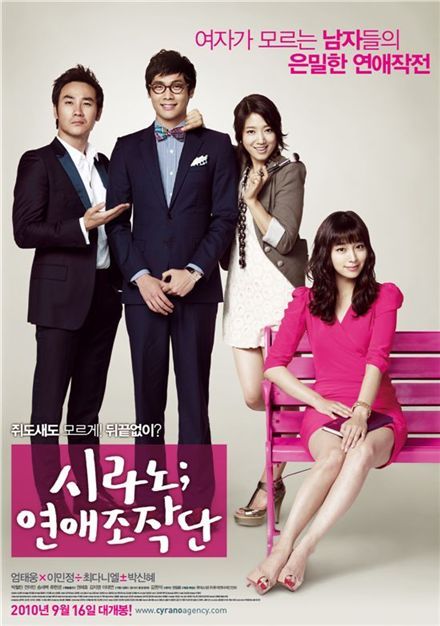 Korean romantic comedy "Cyrano Agency" made its way up to the No. 1 spot on the local box office over the weekend, pushing past former winner "The Invincibles" during the final week of September.

The Korean Box Office System (KOBIS) reported on Monday that "Cyrano Agency", which opened in theaters on September 16, came in first place attracting 428,103 moviegoers during the weekend of September 24 to 26.

""Cyrano Agency" claims No. 1 spot on local box office "
by HanCinema is licensed under a Creative Commons Attribution-Share Alike 3.0 Unported License.
Based on a work from this source