Daesung returns with drama "What's Up" 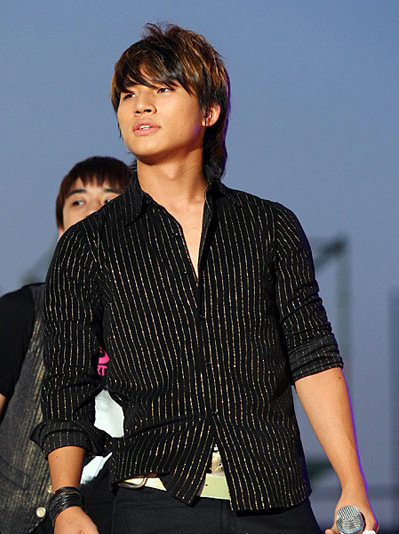 Big Bang member Daesung who was involved in a car accident in May and had to stop all activities will return with general service channel MBN drama "What's Up".

Starting in December, he has been cast for the main role in MBN weekend drama "What's Up".

Written by Song Ji-na, "What's Up" is based on a Musical department in a university and draws the dreams and passion as well as love of twenty year-old youths. Oh Man-seok and Lim Ju-hwan have been cast as well.

Daesung was booked without detention for the death of a motorcycle victim who was a victim of a preceding accident while driving his Audi on the 21st of May but was released as not guilty.

Having stopped all official activities after that, he is to appear in the "YG Family Concert" on the 19th of November and now he has also confirmed his role in the drama "What's Up".

"Daesung returns with drama "What's Up""
by HanCinema is licensed under a Creative Commons Attribution-Share Alike 3.0 Unported License.
Based on a work from this source