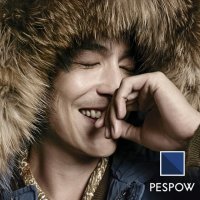 Actor Daniel Henney will return to the small screen for the first time in four years, to appear in a spy-action thriller starring K-pop star Rain.

Henney will play a shipping tycoon who falls in love with Jinny, to be played by top actress Lee Na-young. Lee is the female lead in the drama "The Fugitive Plan B" (working title). She gets tangled up with the fugitive Jiwoo, to be played by Rain.

The drama is also a longawaited return to the small screen for both Rain and Lee.

Producer Kwak Jeong-hwan and writer Cheon Seong-il are behind the new series, which will be filmed in various cities, including Seoul, Busan, Tokyo, Shanghai and Hong Kong and the plot centers around chasing a fugitive.

"The Fugitive Plan B" means fugitive in Korean. The drama is expected to start airing on KBS in September.

Since first debuting on the Korean small screen in the wildly popular drama "My Name is Kim Sam-soon", Henney has branched out to Hollywood. He has starred in "X-Men Origins: Wolverines" and the American CBS drama "Three Rivers".