DAPIS "It's not a irregularity, no disciplinary action" 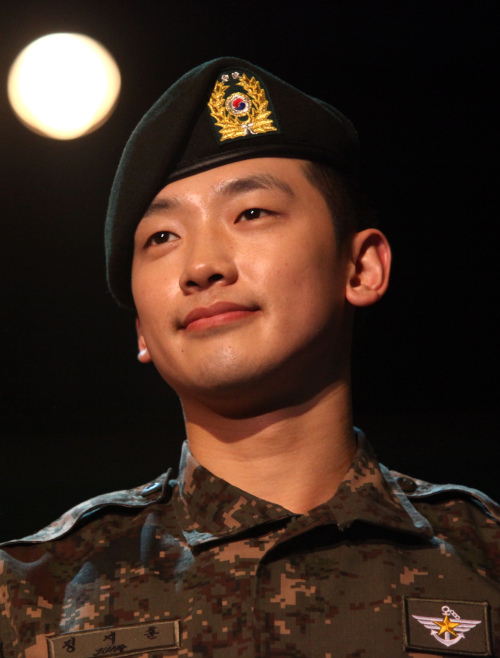 The Defense Agency for Public Information Services is explaining Rain's (Jeong Ji-hoon) vacation history as he is on the table for alleged favorable treatments.

Dispatch reported the scandal between the singer and the actress Kim Tae-hee on the 1st.

However, the picture revealed along with the report created a bugger upturn than the scandal itself. The missing cap on Rain's attire was the issue. It is policy to be wearing the cap along with the battle suit but Rain isn't in the picture.

Several netizen's reported Rain's misusage of his military attire to the Ministry of National Defence and based on the report that said "Rain enjoys time with his girlfriend Kim Tae-hee at least once a week", many have been accusing Rain of getting favorable treatment.

Looking at the actual records of vacation, Rain was given 62 days of vacation and overnights last year. 13 days of stand-downs besides the regular ones and 5 days of special holidays were recorded down. His official overnights are the most given of ten days compared to other celebrity soldiers.

DAPIS sources say, "This issue of 'favorable treatment' has already been dealt with during inspection and the DAPIS has fully explained about this matter. The reason it's being such an issue right now is more because of his scandal with Kim Tae-hee".

"Another investigation will be held about this matter and if there is anything that needs to be corrected, it will be announced. No punishment will be given to Rain as no real accusations have been made about him".

"DAPIS "It's not a irregularity, no disciplinary action""
by HanCinema is licensed under a Creative Commons Attribution-Share Alike 3.0 Unported License.
Based on a work from this source